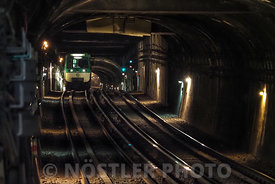 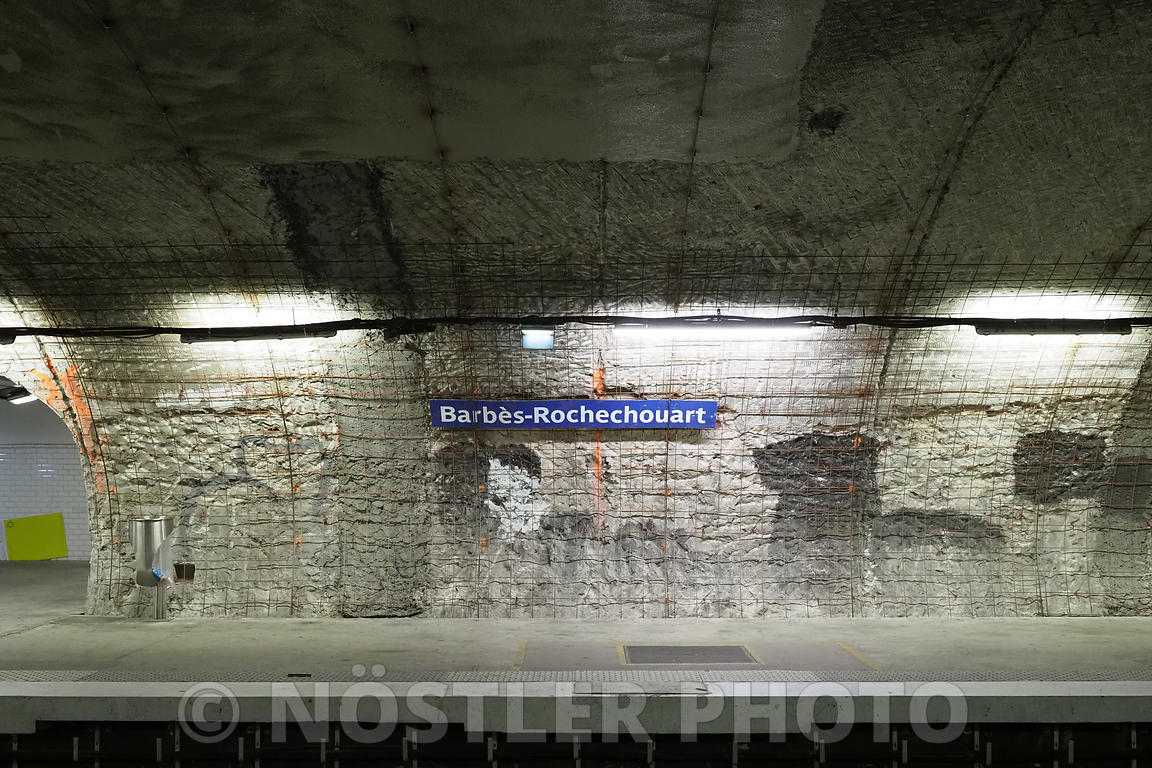 The Paris Métro is a rapid transit system in the Paris metropolitan area, France. A symbol of the city, it is known for its density within the city limits, uniform architecture and unique entrances influenced by Art Nouveau. It is mostly underground and 214 kilometres long. It has 302 stations, of which 62 have transfers between lines. 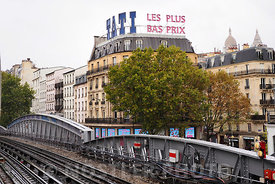