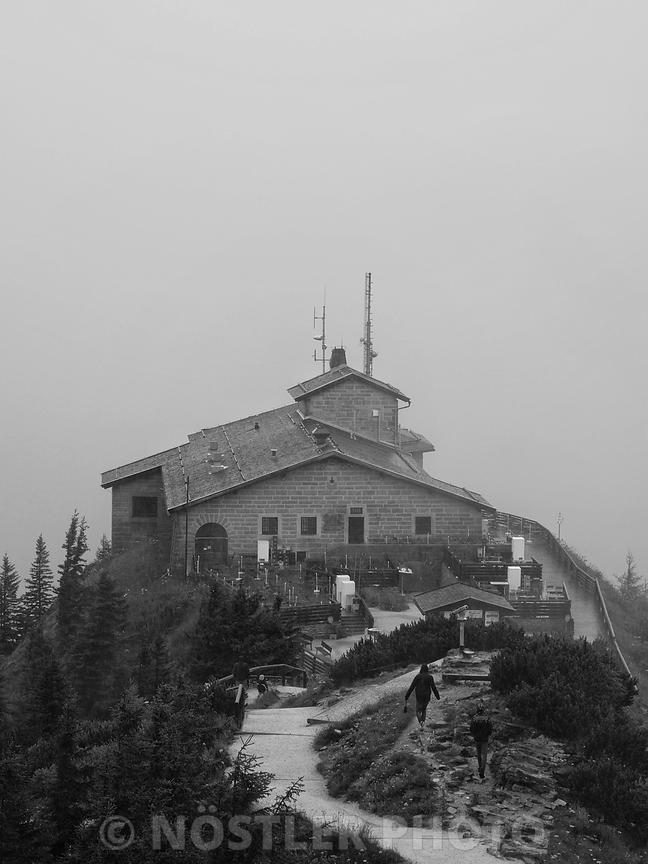 The Kehlsteinhaus (known as the Eagle's Nest in English-speaking countries) is a Third Reich-era building erected atop the summit of the Kehlstein, a rocky outcrop that rises above the Obersalzberg near the town of Berchtesgaden. It was used exclusively by members of the Nazi Party for government and social meetings. It was presented to Adolf Hitler on his 50th birthday, but he only visited the building a total of 14 times. Today it is open seasonally as a restaurant, beer garden, and tourist site. 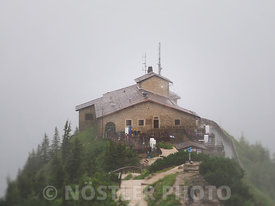