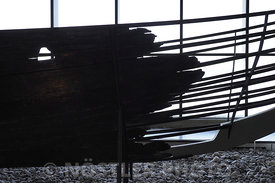 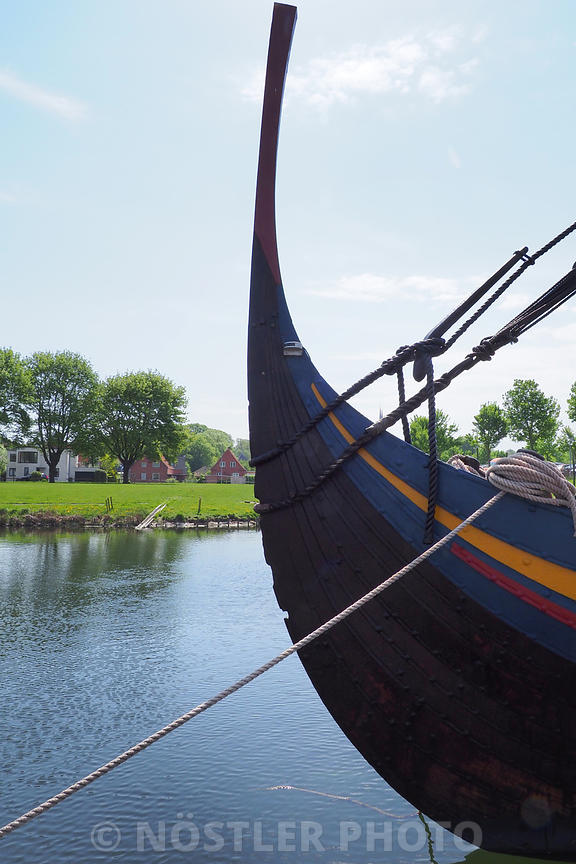 The Viking Ship Museum in Roskilde is Denmark's national museum for ships, seafaring and boatbuilding in the prehistoric and medieval period.

The main focus of the museum is a permanent exhibition of five original Viking ships excavated nearby in 1962. The Viking Ship Museum also conducts research and educates researchers in the fields of maritime history, marine archaeology and experimental archaeology.

Around the year 1070, five Viking ships were deliberately sunk at Skuldelev in Roskilde Fjord in order to block the most important fairway and to protect Roskilde from an enemy attack from the sea. These ships, later known as the Skuldelev ships, were excavated in 1962.[1] They turned out to be five different types of ships ranging from cargo ships to ships of war.

The Viking Ship Museum overlooking the inlet of Roskilde Fjord was built in 1969 with the main purpose of exhibiting the five newly discovered Skuldelev ships. In the late 1990s, excavations for the shipyard expansion of the museum uncovered a further 9 ships from the Viking Age and early medieval period. It is the largest discovery of prehistoric ships in Northern Europe and includes the longest Viking warship ever found; the Roskilde 6 at 36 metres.

The original Skuldelev Viking ships are the main focus of the museum, but a small exhibition about the Roskilde ships and various temporary exhibitions with a broader scope can also be experienced here. 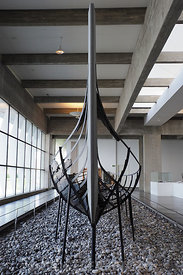