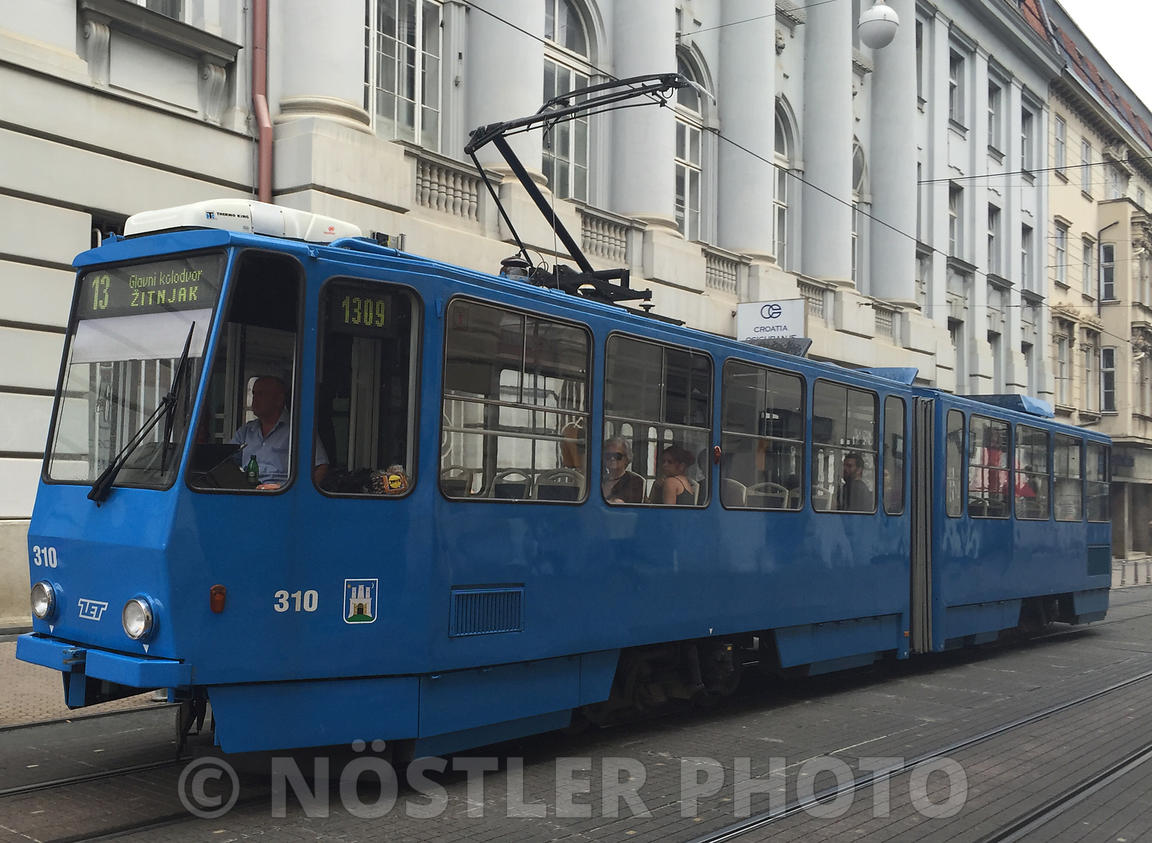 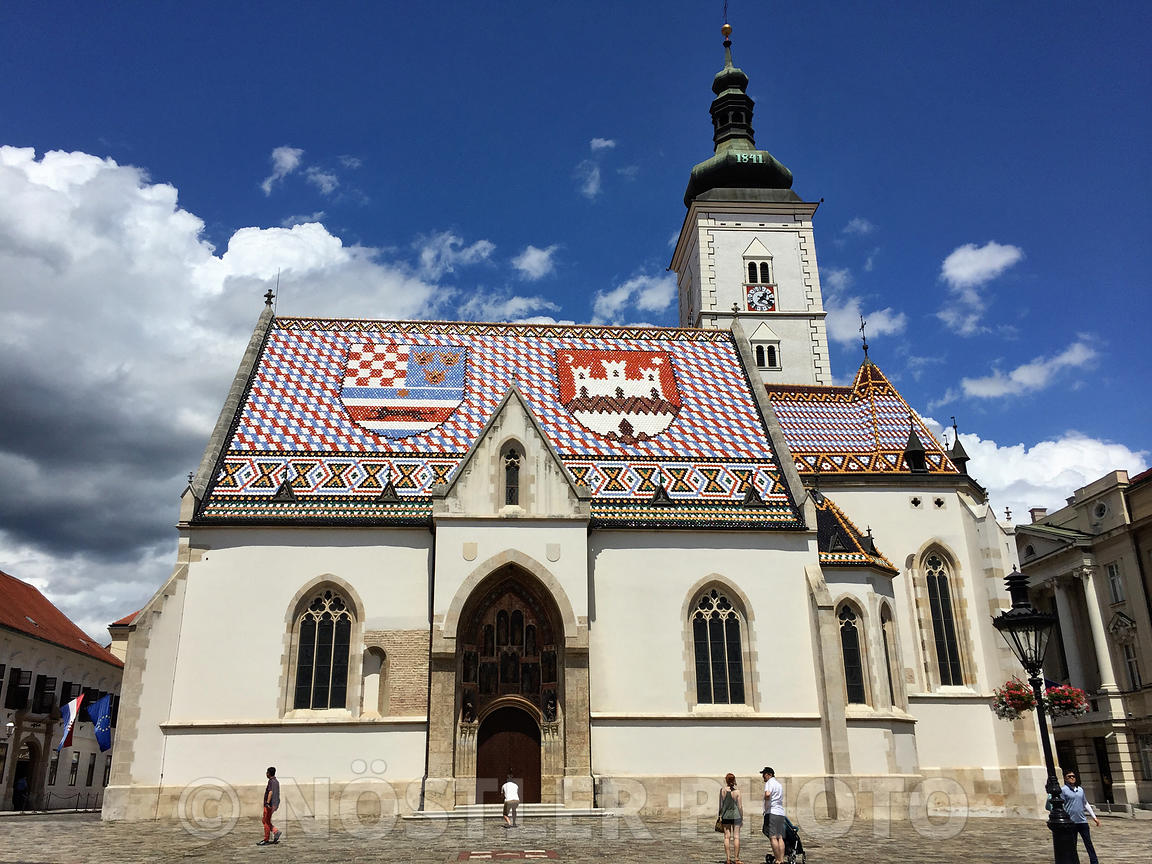 The Church of St. Mark

St. Mark's Church is one of the oldest buildings in Zagreb, located on St.Mark's Square and easily recognizable by its colourful roof. The church is protected by the Republic of Croatia as a cultural heritage.

When Gradec was proclaimed a free royal city in 1242. by king Bela the IVth, it wasn't required that it should have its own parish, so the Church of St.Margaret in Ilica kept is function as parish church. It was in 1261. that the parish of St.Mark was established.

Basic structure of Upper Town was built during the 13th century, but due to many city fires and earthquakes the whole city was build from scratch several times, so it is hard to tell how it originally looked. The church of St.Mark was probably built during mid-13th century, as the holiday of St.Mark in 1256. is mentioned, and by medieval tradition, it needed to be placed in near vicinity to the church. Croatian-Hungarian king Bela the IVth allowed for fairs to be held on the square and in front of the church. In front of the church a pillar of shame existed, where people were tied and punished by court orders. On the same spot, Ambroz Matija Gubec, leader of the peasant rebellion was "crowned" with a scorching iron crown.

There is a possibility that an even older church existed on the same spot, because a graveyard dating between 11th and 16th century was found.

During the 14th and 15th century, the existing church was renovated in gothic style. In the 13th century a central apse was built, laterthe northern and southern apsse were added and in 1492. a sacristy. The door of the sacristy from the 15th century is preserved and held in the Zagreb City Museum.

Southern portal, the representative one, dates from the period of gothic renovation. This richest looking gothic portal in Croatia consists of 15 sculptures (11 stone gothic sculptures and 4 wooden baroque sculptures) in 11 niches. Sculptures presented Virgin Mary with the Child, Christ, St.Mark and the apostles. Construction of portal is usually attributed to the Parlera workshop in Czech or at least it is influenced by them.

Church of St.Mark was often badly damaged by earthquakes and city fires, especially its bell tower. The oldest known earthquake happened in 1502. when the bell tower collapsed. Restoration of the bell tower and roof repairs were finished in the late 1580's.

In the city fire in 1645. wooden part of the roof burned and bell tower was partially damaged. Restoration of the church started very soon after the fire, but the restoration of the bell tower didn't happened until 1659. That year stonemason Dionizije Philippi was contracted, in the next year a builder Antonio Macetti, who was inherited by his son Bartol and a builder Silvestar Donati. When the work ended, a fire broke out again in 1674. and a half of the bell tower collapsed, badly damaging the rest of the church. In the 1680's the church's façade was renovated while rebuilding of the bell tower started in 1690's by Bartol Macetti and ended in the 1700's. In 1725. an arch-shaped dome was placed on the tower. It was probably the same year when the roof was tiled over.

Another fire broke out in 1707., the roof and main altar burned down, and again the bells and clock were badly damaged. There is a sign on the first floor of the tower mentioning year 1775., so it is possible that additional work was done.

The church interior was redone several times during the 17th and 18th century when it got a stone pulpit, place for choir, tiling, several altars and other furniture. Parts of some altars from 18th century are exhibited in the Zagreb City Museum and the only fully preserved altar, the altar of St.Paul's convert is kept in the Croatian Historical Museum. The crypts were first mentioned in 1700. and burials of priests and important citizens were held there until fist part of 19th century.

The Church of St.Mark was in danger to be demolished several times during the history. First mention of demolishing the church dates to 1771. so a bigger and larger church could be built on the same spot. By the end of 18th century several new initiatives for demolishing the church appeared, and there was similar attempts in the 19th century. Last proposal for demolition was in 1860's, but it was decided that church should be renovated.
St. Mark's Square, Zagreb, Croatia
Author: René Nöstler
© 2016 - Nöstler Photo
File state: Final
Photo size: 8.0 Mpixels (22.9 MB uncompressed) - 3264x2448 pixels (10.8x8.1 in / 27.6x20.7 cm at 300 ppi)
Photo keywords: Crkva sv. Marka, cultural heritage, gothic, parish, St. Mark's Church 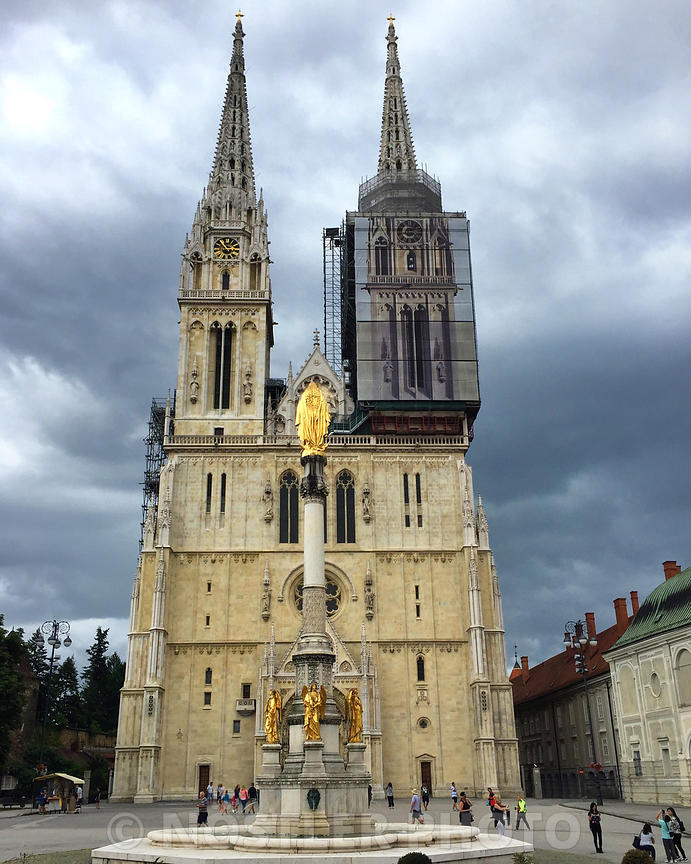