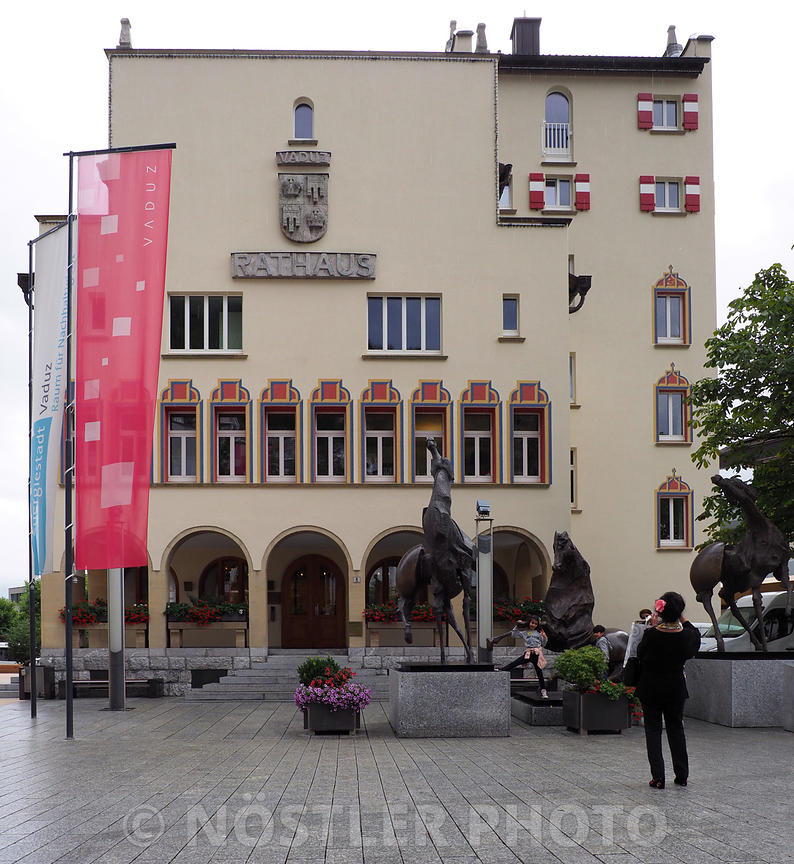 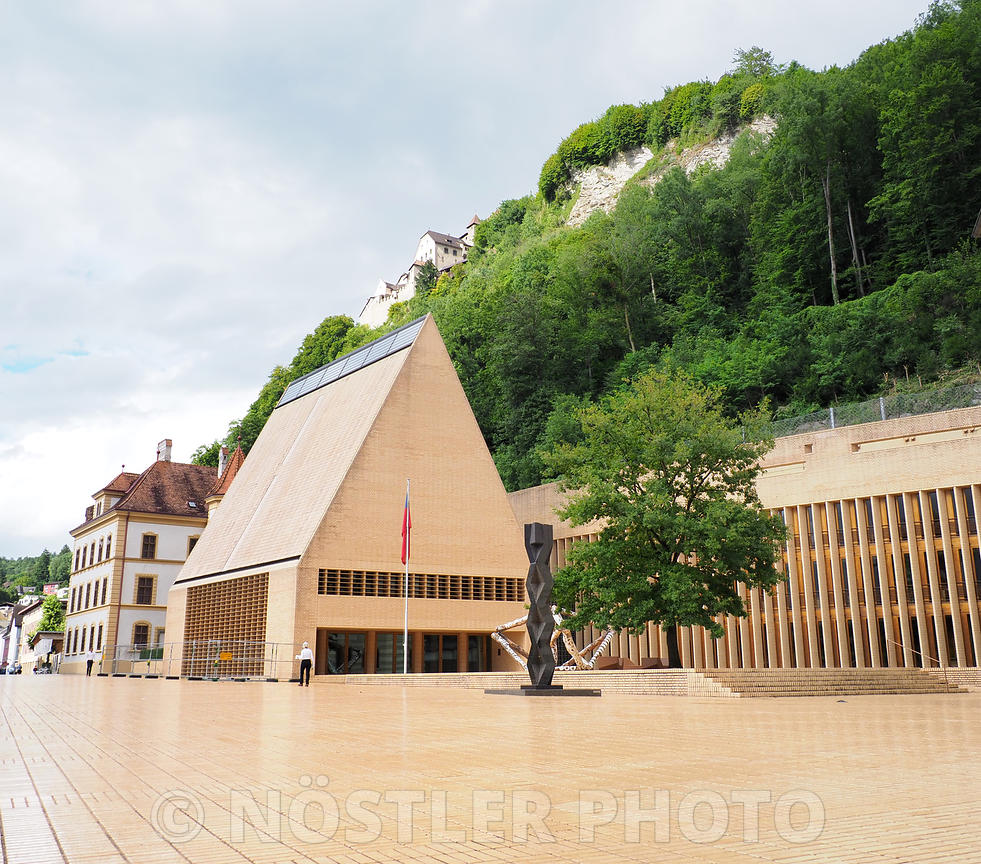 The government district dominates the eastern side of the Peter-Kaiser-Platz square in Vaduz.

Peter-Kaiser-Platz square is home to the parliament building, the government offices and the state archives. The government building was constructed between 1903 and 1905 according to plans drawn by the Viennese architect Gustav Ritter von Neumannt.

The parliament building, fronted by an imposing square, was completed in 2008 and contains the plenary hall of the parliament, the secretariat, a range of offices for the different political parties represented in parliament as well as the state archives and its own library. The building was designed by the German architect Hansjörg Göritz. Built using over one million bricks, it is immediately recognisable as you enter Vaduz from the south. In 2010 it received the Brick Award.
Peter-Kaiser-Platz, Vaduz, Liectenstein
Forfatter: René Nöstler
© 2017 - Nöstler Photo
Offentliggørelse tilstand: Redigeret
Billede størrelse: 16.0 Mpixels (45,8 MB ukomprimeret) - 4262x3753 pixels (14.2x12.5 i / 36.1x31.8 cm ved 300 ppi)
Billede søgeord: architecture, arkitektur, government, Hansjörg Göritz, liectenstein, parliament, plads, platz, Regierungshaus, square, vaduz 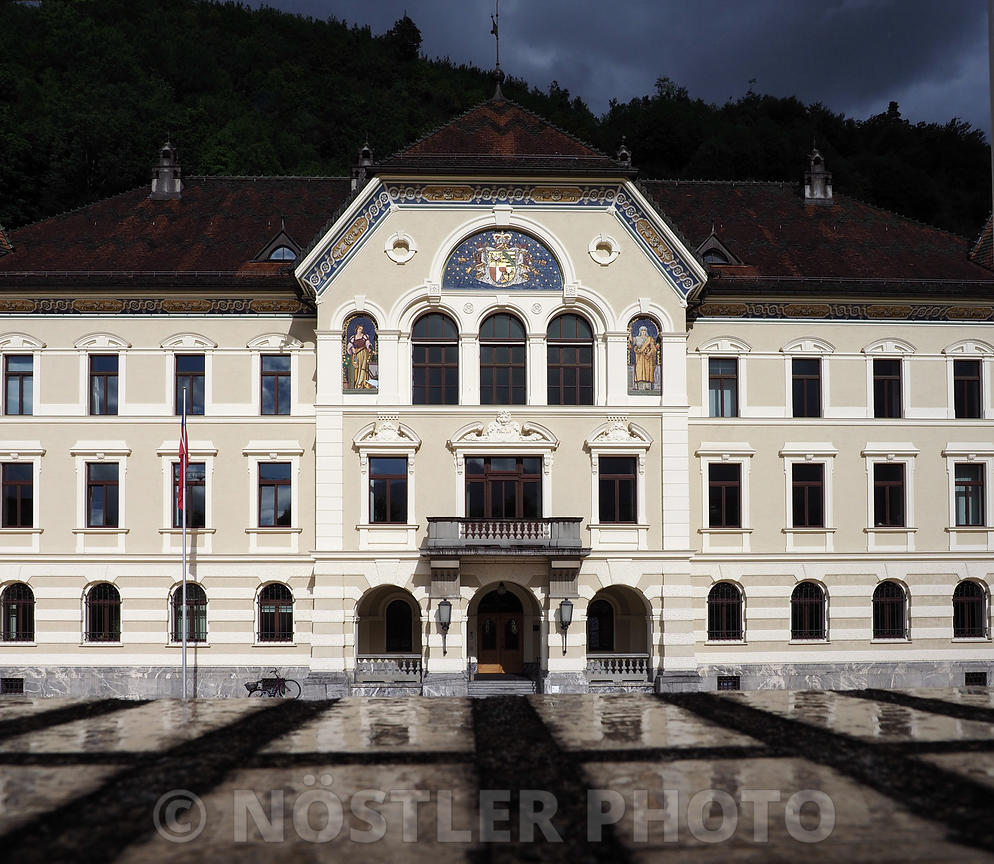