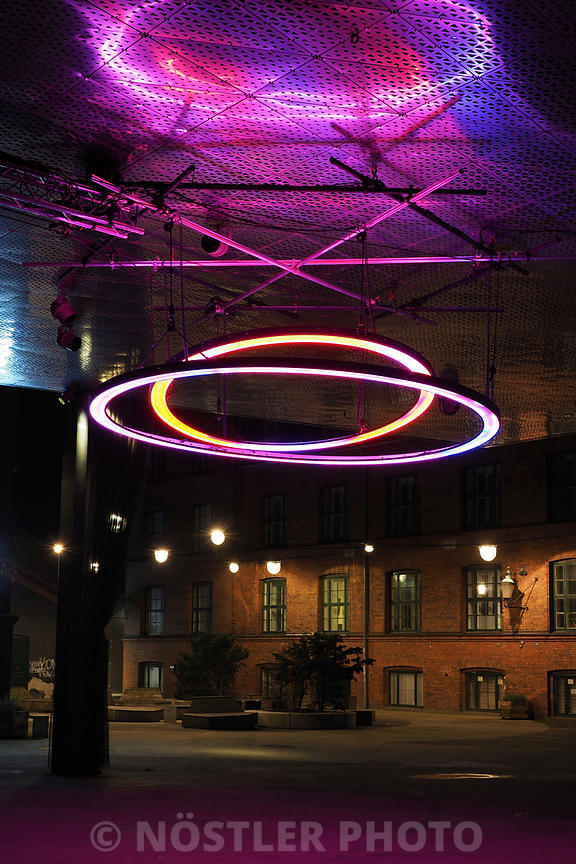 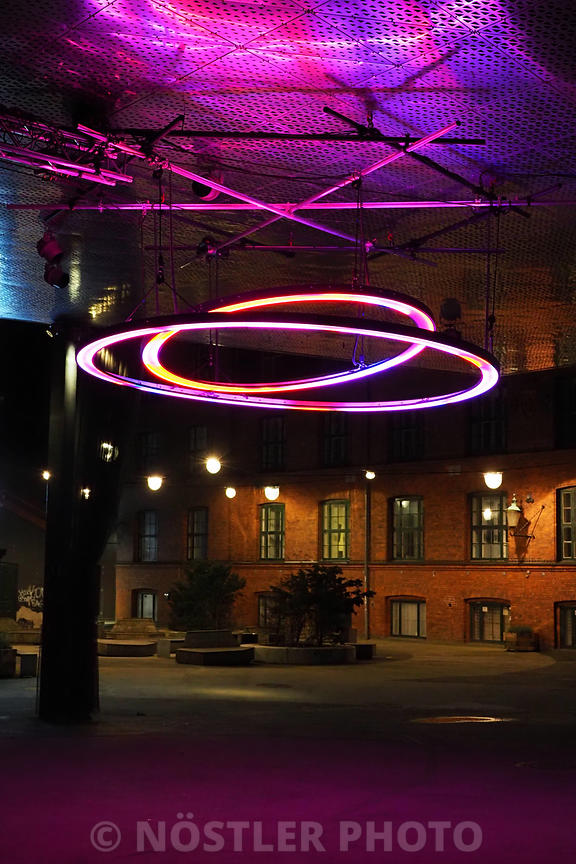 Sky is an interactive installation that lets the audience explore the architectural forms created when two light-immersed circles shift in relation to each other.
The illuminating circles are three and four meters in diameter and each hanging in three points. Each point is controlled by the movement of people in the square.
Visitors to the Copenhagen Light Festival and the many families and concertgoers who cross the square every day are given both the role of the audience and the object of Sky’s artificial attention. Sky is attracted to the audience, but only if they take the initiative to get closer – the closer you move to Sky, the closer the circle will move towards you – but only to a certain limit, after which Sky retreats to safety under the roof of Musiktorvet. With six suspension points, there is room for six people to control the positions of the circles in relation to each other. Sky is in addition to its inherent aesthetic quality, also an installation that invites the viewer to explore and play with the technique and concepts such as closeness, collaboration and interactivity.
Amager Bio, Copenhagen, Amager, Denmark
Author: René Nöstler
© 2020 - Nöstler Photo
File state: Final
Photo size: 14.6 Mpixels (41.9 MB uncompressed) - 3124x4686 pixels (10.4x15.6 in / 26.4x39.7 cm at 300 ppi)
Photo keywords: art work, circle, cirkel, Copenhagen, copenhagen light festival, kunstværk, LED, light, light festival, lys, lysfestival, nat, night, ring, sky, vertigo 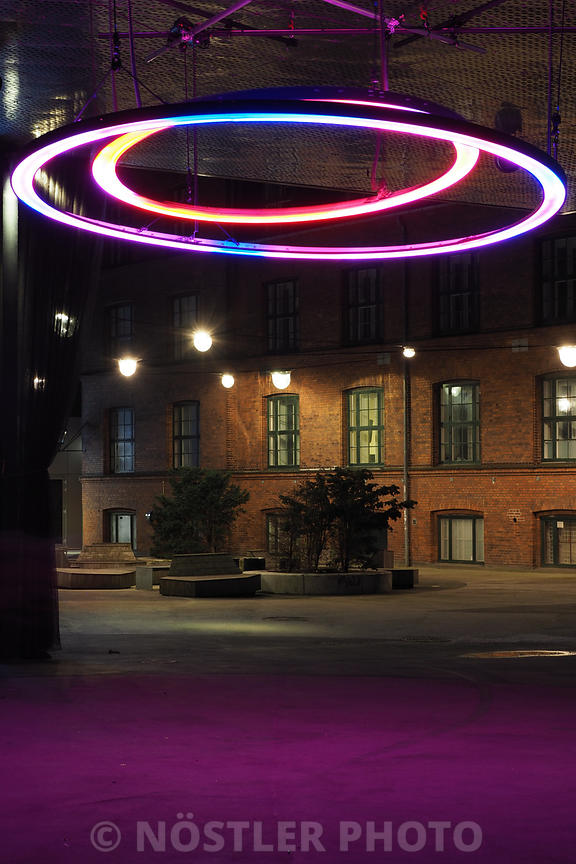