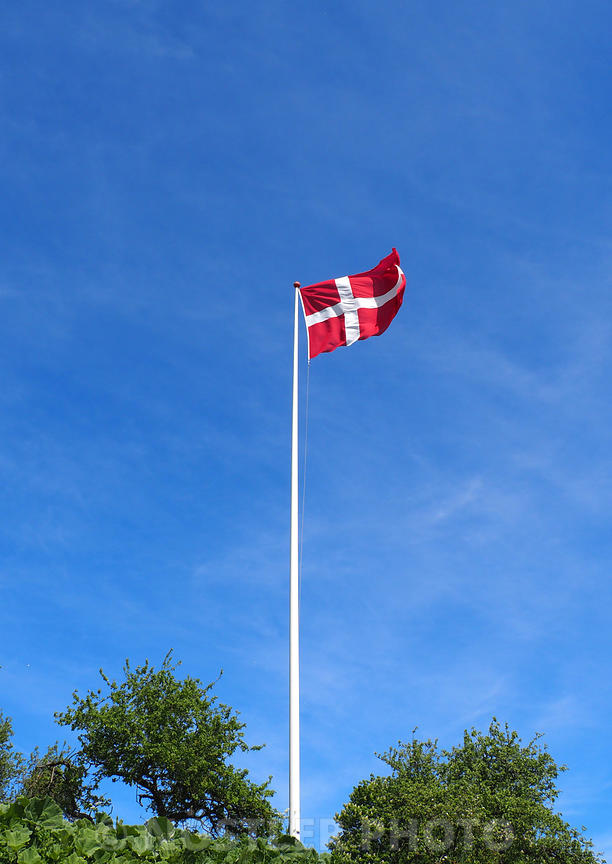 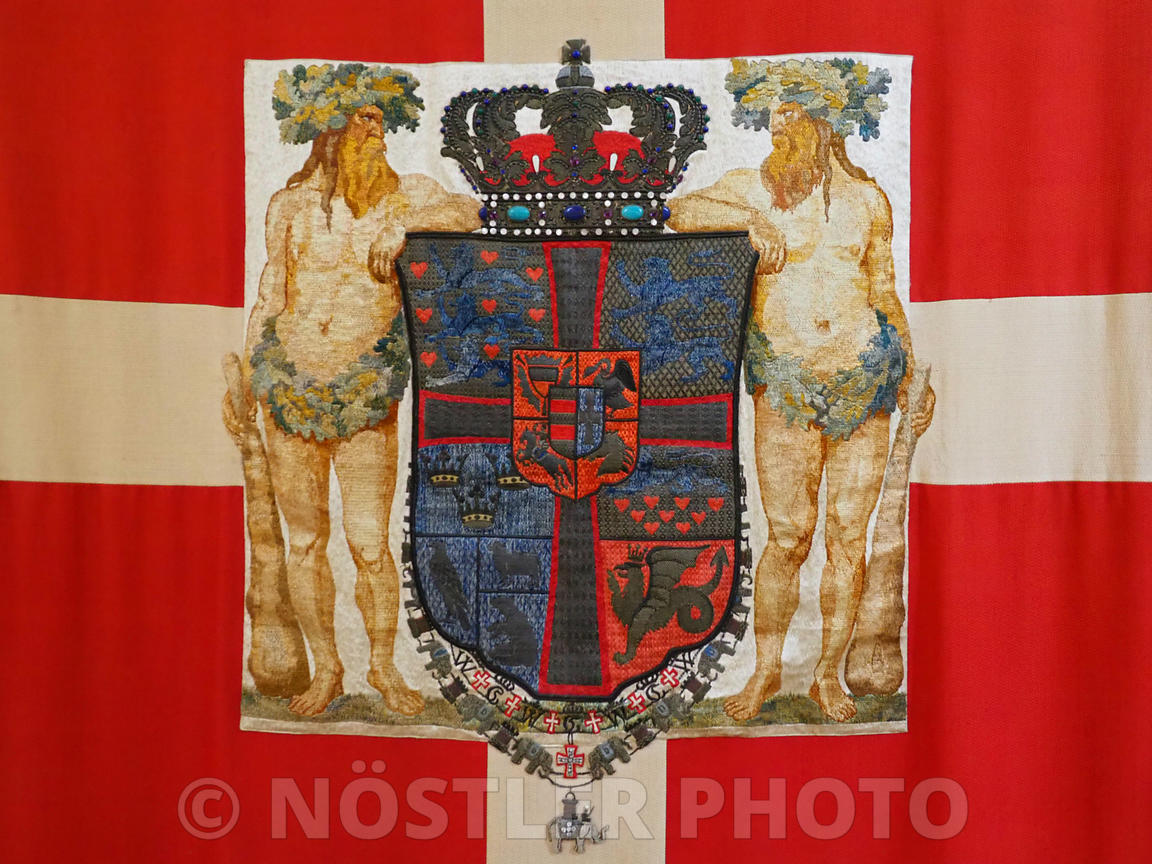 The Flag of Denmark is red with a white Scandinavian cross that extends to the edges of the flag; the vertical part of the cross is shifted to the hoist side.

A banner with a white-on-red cross is attested as having been used by the kings of Denmark since the 14th century. An origin legend with considerable impact on Danish national historiography connects the introduction of the flag to the Battle of Lyndanisse of 1219. The elongated Nordic cross reflects the use as maritime flag in the 18th century. The flag became popular as national flag in the early 19th century. Its private use was outlawed in 1834, and again permitted in a regulation of 1854. The flag holds the world record of being the oldest continuously used national flag.
Christiansborg Slot, Copenhagen, Slotsholmen, Denmark
Author: René Nöstler
© 2017 - Nöstler Photo
File state: Final
Photo size: 19.0 Mpixels (54.4 MB uncompressed) - 5033x3775 pixels (16.7x12.5 in / 42.6x32.0 cm at 300 ppi)
Photo keywords: blue sky, danish flag, danmark, dannebrog, danske flag, denmark, flag, himmel, pole, sky, solskin, sunshine, trees, træer
This website uses cookies. Learn more
AcceptDecline