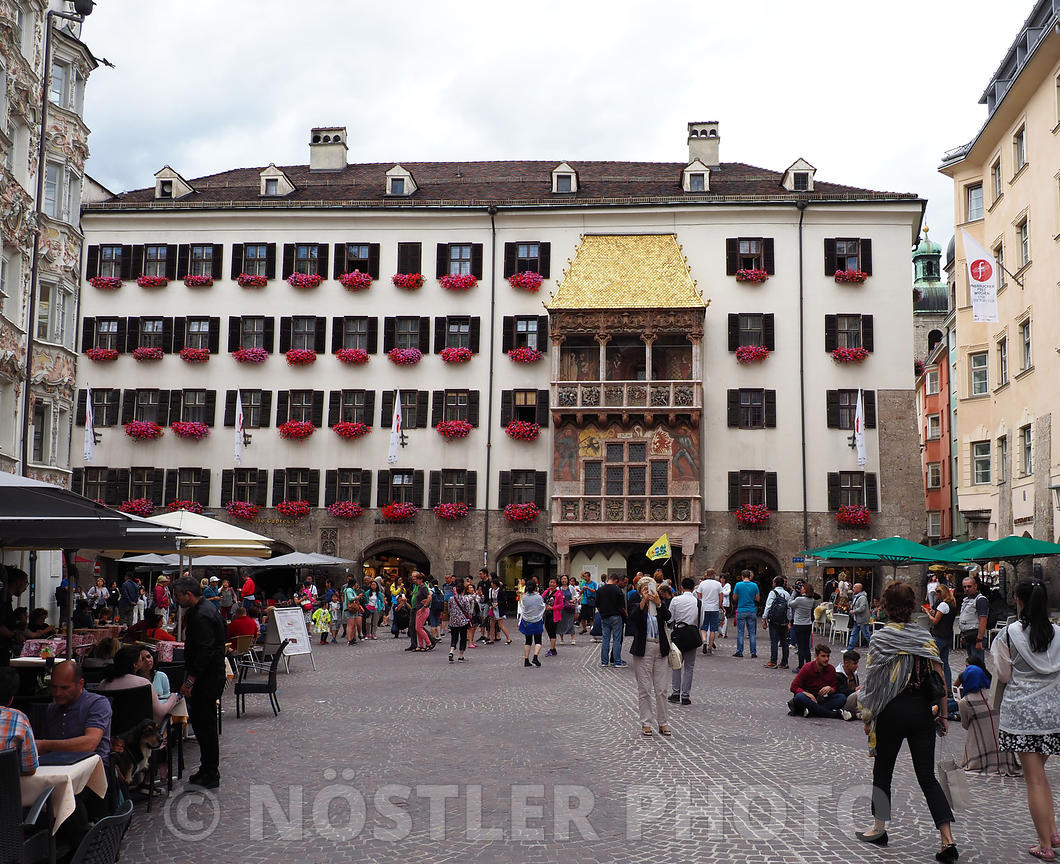 “Use every moment, dance every dance, you can’t take anything with you.”
It’s said that the scroll found on the relief of the famous Golden Roof in Innsbruck’s old town bears these words. However, the writing still hasn’t been deciphered so this is mere speculation – one of the many mysteries that revolve around Innsbruck’s sparkling golden landmark.The Golden Roof was a symbol for the old centre of Europe and a reflection of inconsistencies in times of great change. Sumptuously decorated with 2,657 fire-gilded copper tiles, all still original, it forms the roof of an alcove balcony that the great Emperor Maximilian I had added to the existing “Neuhof” building around 1500.
Innsbruck’s Gothic old town stretches out unchanged in front of it. A place where you can always feel a touch of the late Middle Ages and experience the fascinating past in the present day.Who still dreams of time travel?Innsbruck’s historic old town takes you back to the time of Emperor Maximilian I. The late Gothic façades built from 1490 to 1520, the arcades constructed in a typical Innsbruck-Salzach style and the colourfully decorated bay windows bring history and culture to life. And the arcades still fulfil their initial purpose today – keeping shoppers dry.
The Golden Roof is the crowning glory of the old town. Set below the majestic peaks of the Nordkette mountain range, it watches over history as the centuries pass – just as Emperor Maximilian I watched over the colourful bustle of the old town from his alcove balcony all those years ago, as he enjoyed the variety and beauty of this breathtaking piece of history. And the best part: today you can enjoy this imperial view.
Herzog-Friedrich-Straße, Innsbruck, Tirol, Austria
Author: René Nöstler
© 2017 - Nöstler Photo
File state: Final
Photo size: 17.4 Mpixels (49.9 MB uncompressed) - 3564x4890 pixels (11.8x16.3 in / 30.2x41.4 cm at 300 ppi)
Photo keywords: attraction, austria, blomster, by, city, facade, gold, golden roof, goldenes dachl, histrical, innsbruck, landmark, old town, pedestrian area, plads, square, street, tirol, tyrol, vindue, Österreich 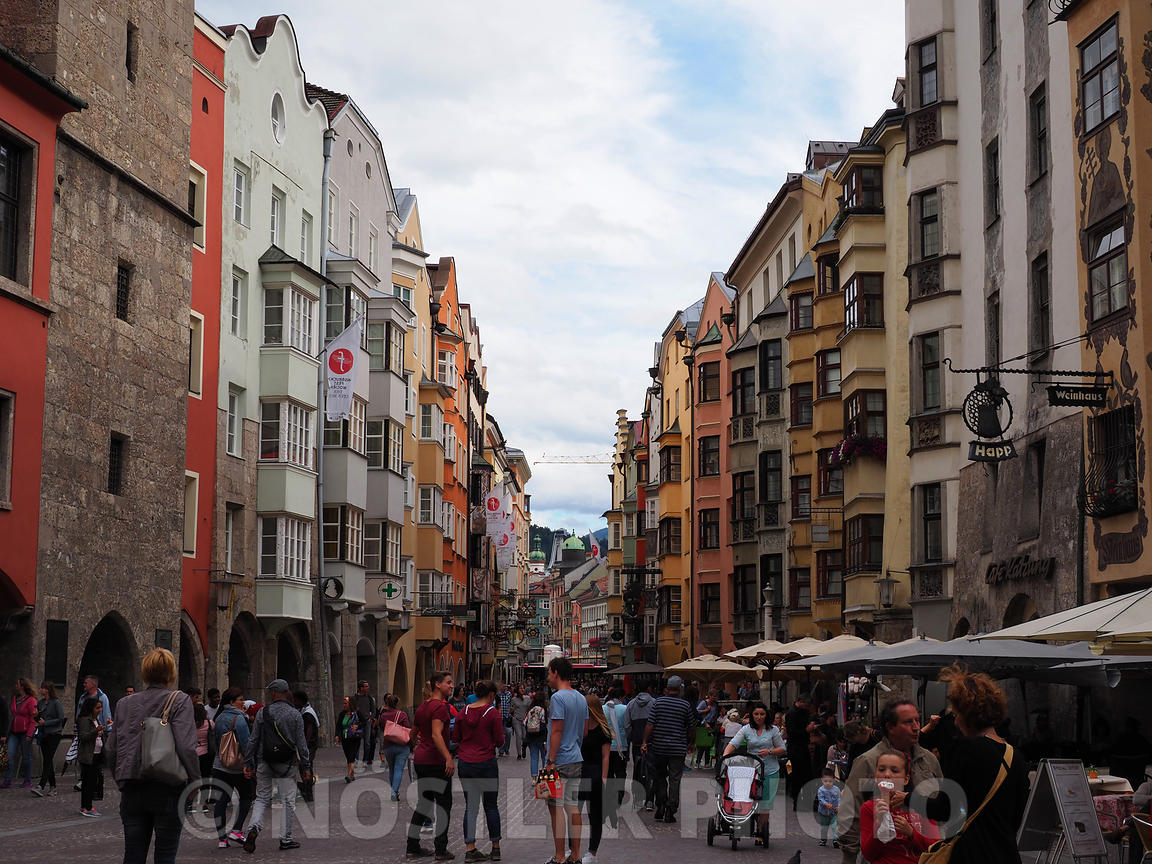