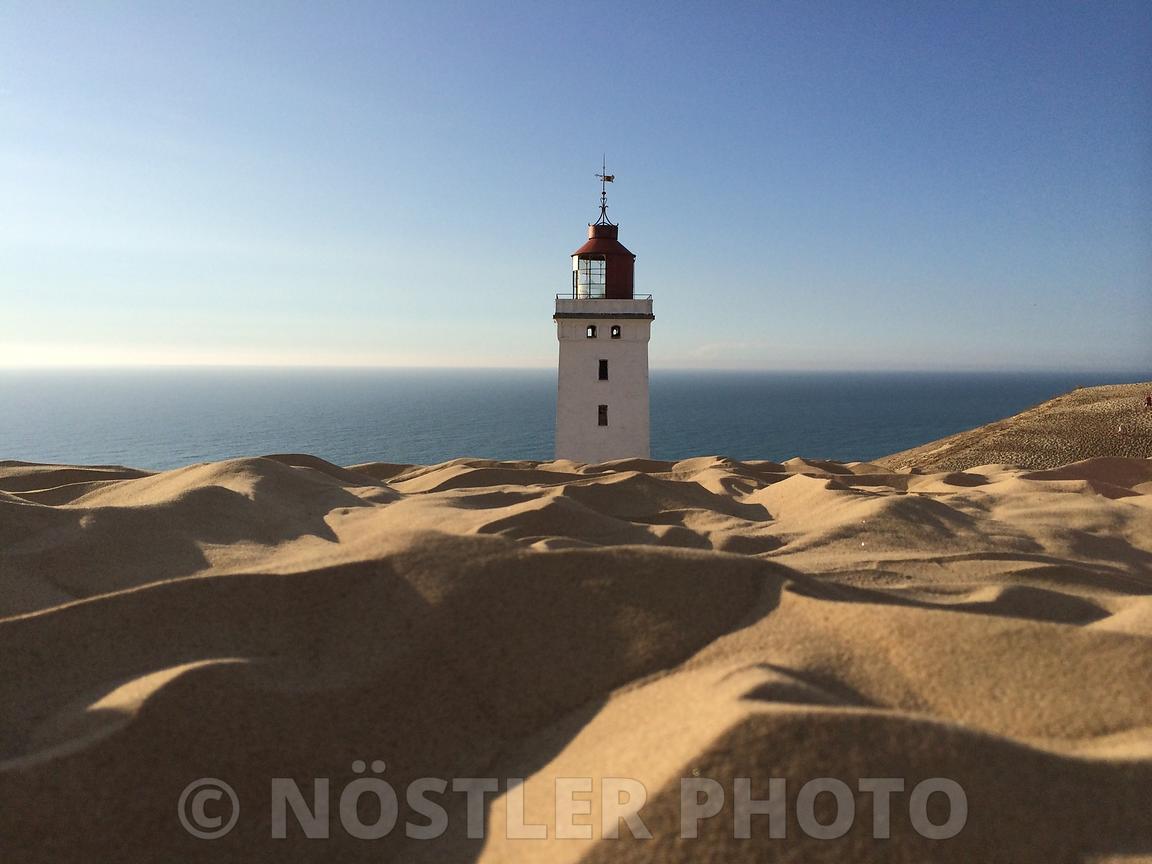 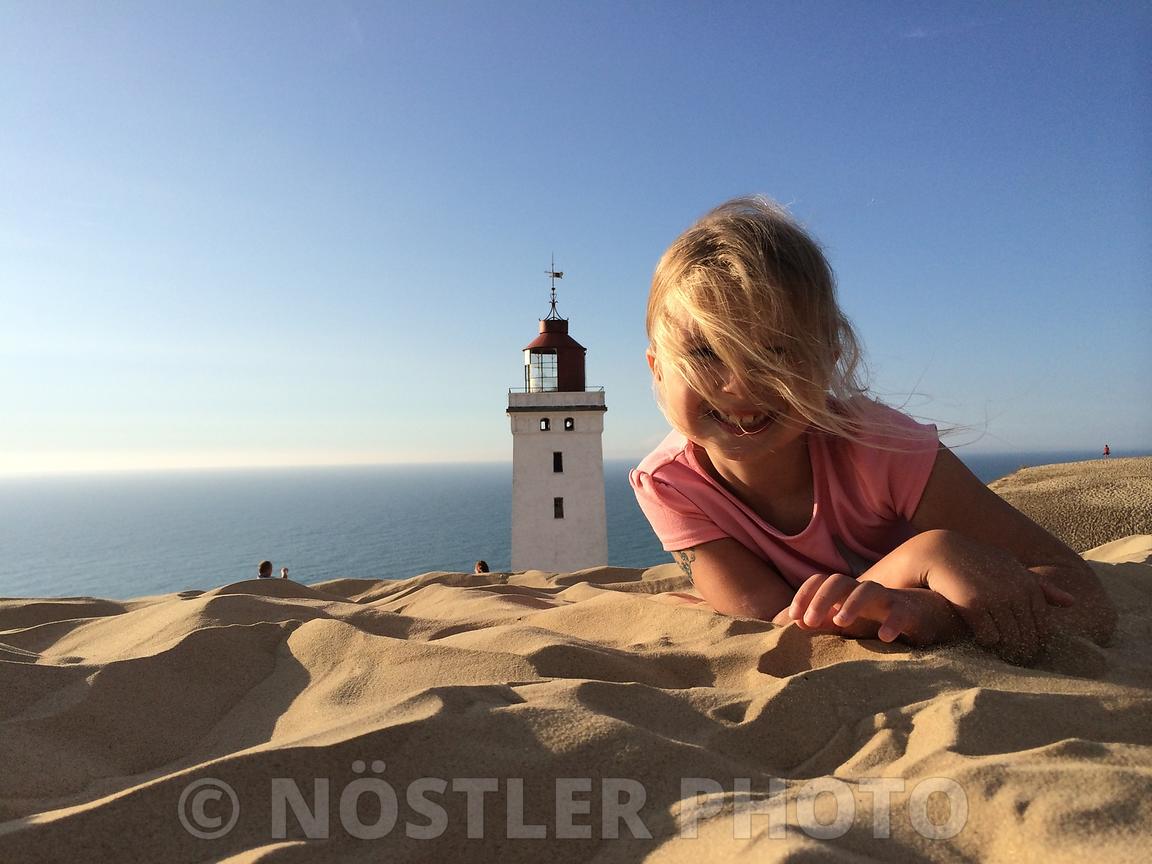 A girl and a mini lighthouse

Rubjerg Knude Lighthouse is located on the coast of the North Sea in Rubjerg. It was first lit on December 27, 1900.

Both shifting sands and coastal erosion are a serious problem in the area. The coast is eroded on average 1.5 metres (4.9 ft) a year, which can be seen most clearly at the nearby Mårup Church. Built around 1250, the church was originally 1 kilometre (0.62 mi) from the coast, but was dismantled in 2008 to prevent its falling into the sea. 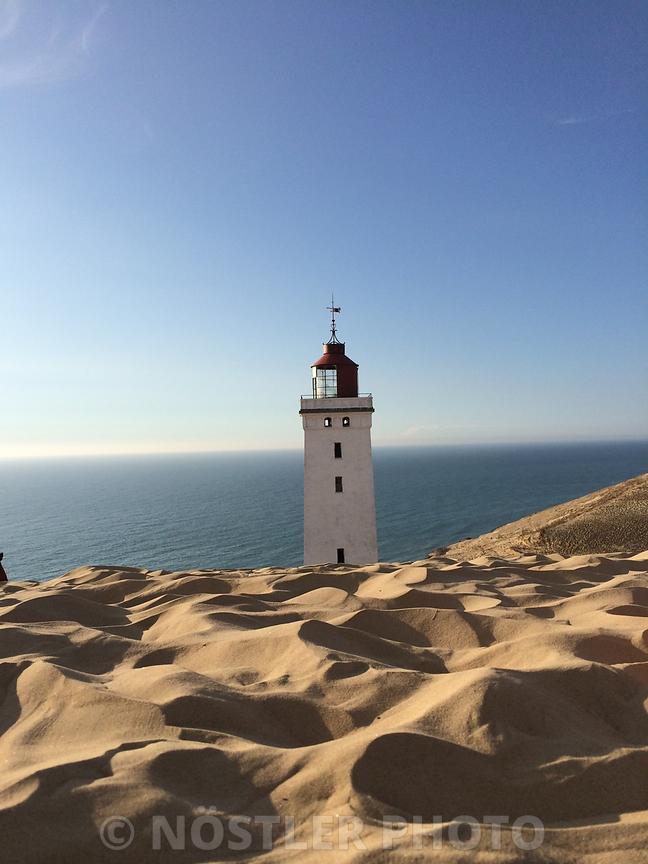