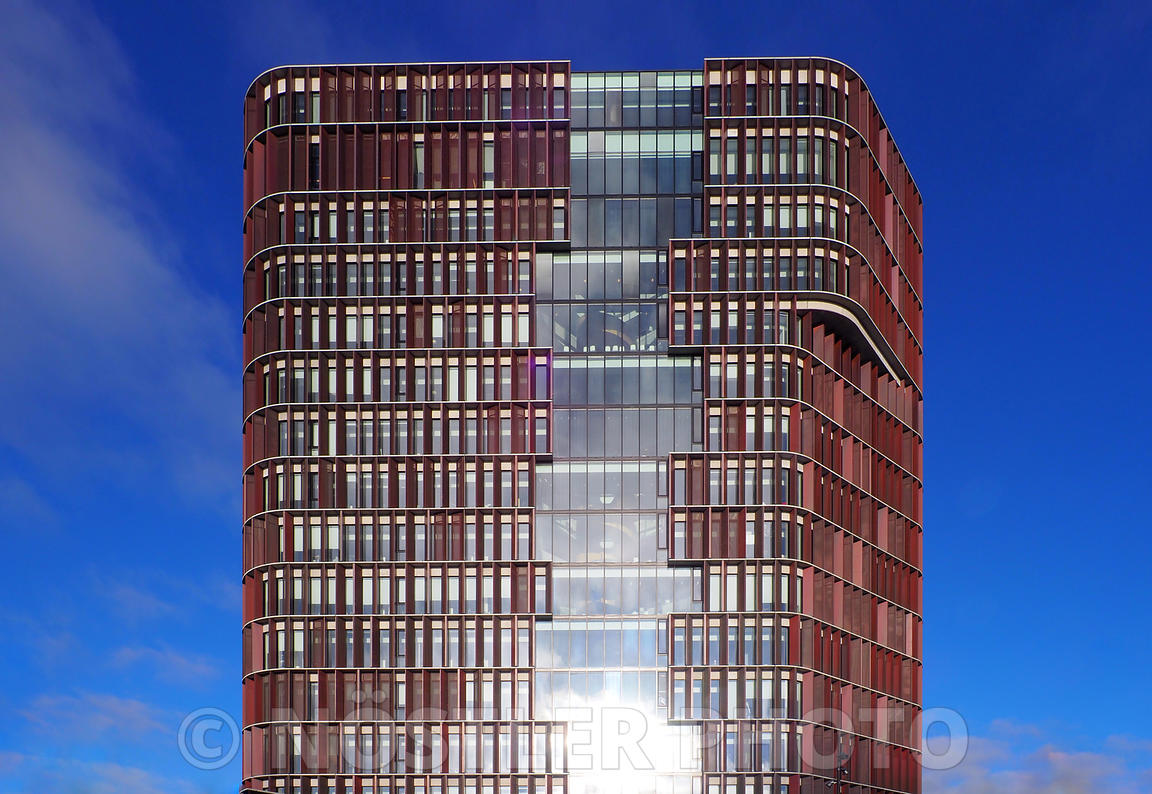 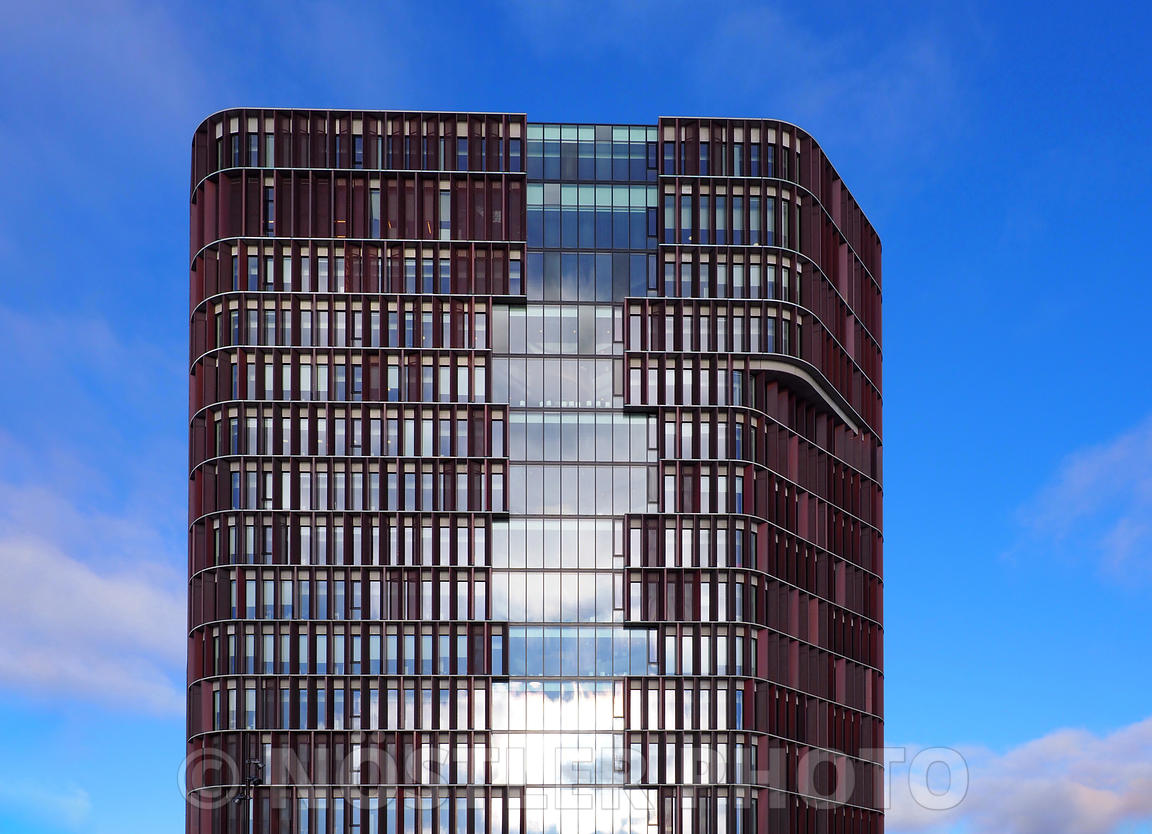 Construction of the Maersk Tower began in 2012, and the building opened on 18 January 2017.

The Maersk Tower has a floor space of 42,700 square metres. The Tower is 15 floors or 75 metres tall from street level. It is slightly taller than Rigshospitalet’s helipad at 71 metres. The tower is designed by C. F. Møller Architects.

Like a tree, the tower rests on a star-shaped base consisting of four buildings. These buildings, which in terms of function support the research conducted in the tower, house the canteen, auditoriums and common rooms.

The front is fitted with 3,300 copper shutters giving the building a relief-like expression. The copper-coloured front blends well with the reddish brown brick buildings of the old neighbourhood, and the lines of the building take into account the wind and solar effects and requirements for the internal structure. A third of the shutters move in accordance with the sun. The expression of the front therefore changes during the day, reducing the energy consumption for cooling by protecting the building from heat from the sun. 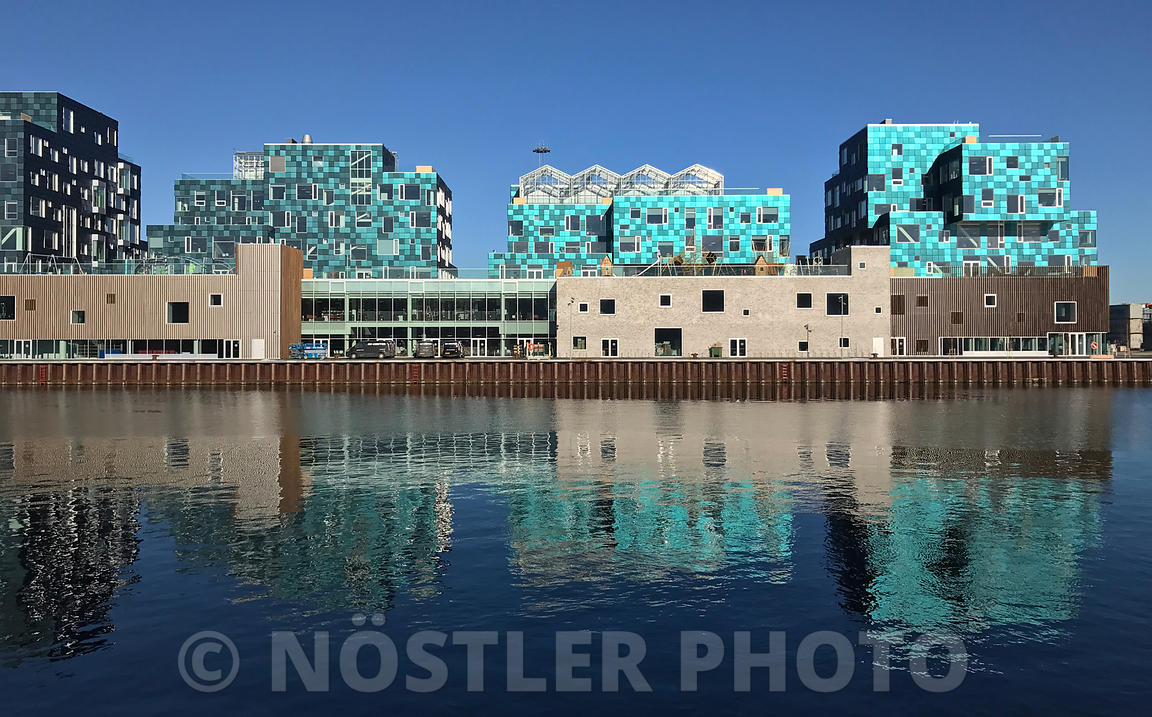