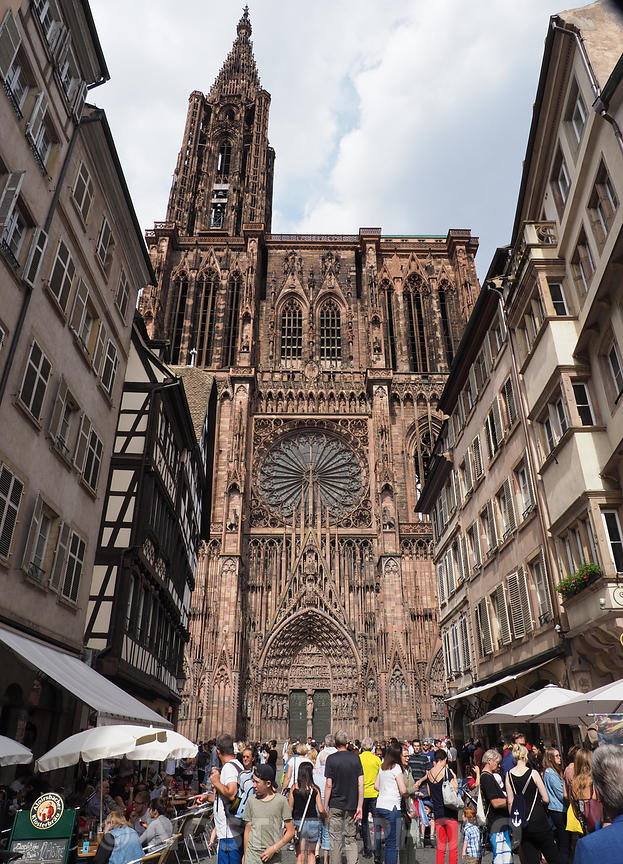 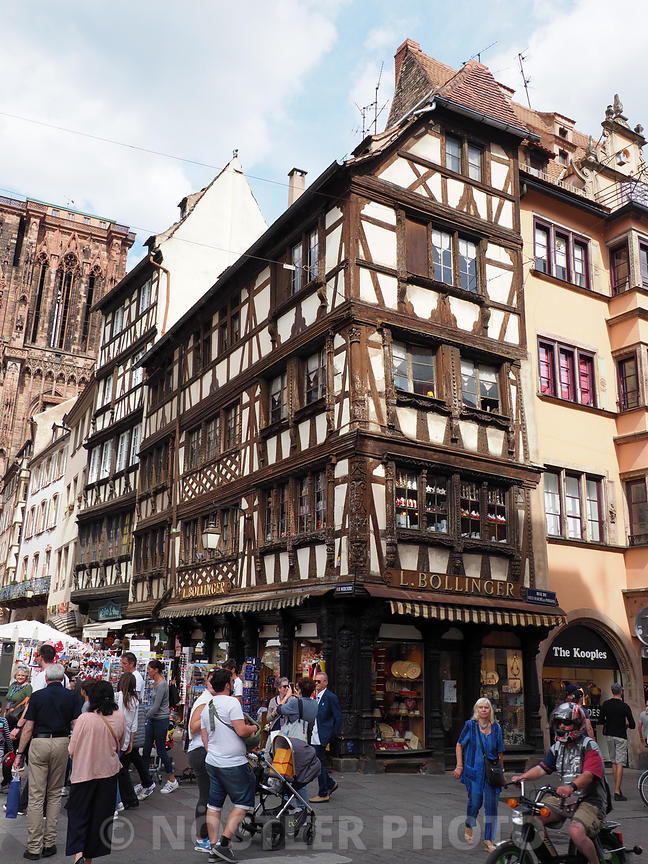 Strasbourg Cathedral or the Cathedral of Our Lady of Strasbourg, or Cathédrale de Strasbourg, German: Liebfrauenmünster zu Straßburg or Straßburger Münster), also known as Strasbourg Minster, is a Roman Catholic cathedral in Strasbourg, Alsace, France. Although considerable parts of it are still in Romanesque architecture, it is widely considered to be among the finest examples of high, or late, Gothic architecture. Erwin von Steinbach is credited for major contributions from 1277 to his death in 1318.

At 142 metres (466 feet), it was the world's tallest building from 1647 to 1874 (227 years), when it was surpassed by St. Nikolai's Church, Hamburg. Today it is the sixth-tallest church in the world and the highest extant structure built entirely in the Middle Ages.

Described by Victor Hugo as a "gigantic and delicate marvel", and by Goethe as a "sublimely towering, wide-spreading tree of God", the cathedral is visible far across the plains of Alsace and can be seen from as far off as the Vosges Mountains or the Black Forest on the other side of the Rhine. Sandstone from the Vosges used in construction gives the cathedral its characteristic pink hue.
Place de la Cathédrale, Strasbourg, Alsace, France
Author: René Nöstler
© 2017 - Nöstler Photo
File state: Final
Photo size: 20.2 Mpixels (57.7 MB uncompressed) - 3888x5184 pixels (12.9x17.2 in / 32.9x43.9 cm at 300 ppi)
Photo keywords: architecture, attraction, by, cathedral, Cathédrale Notre Dame de Strasbourg, church, city, crowd, domkirke, facade, france, frankreich, frankrig, half-timbered, landmark, old town, people, sightseeing, strassbourg, strassburg 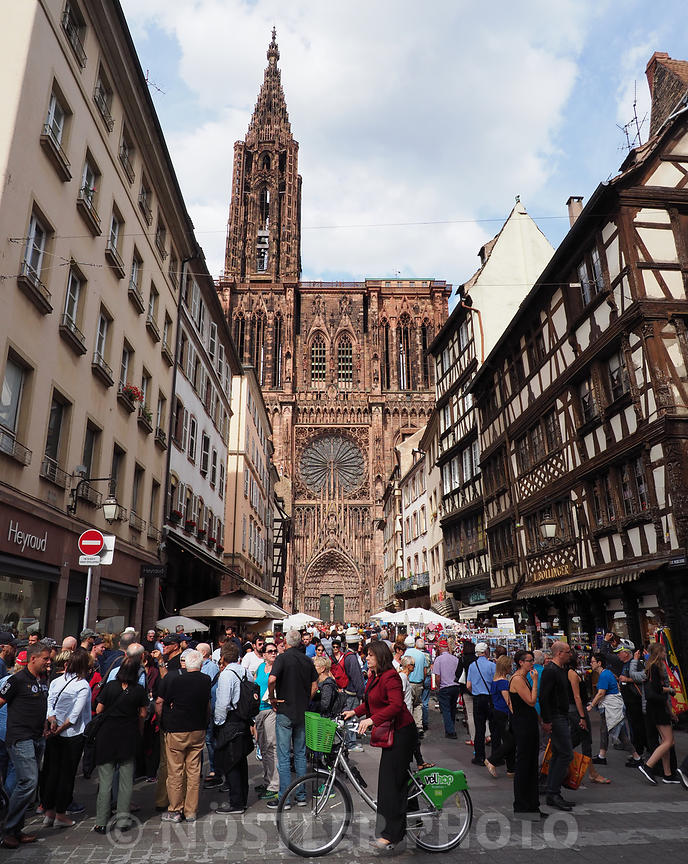