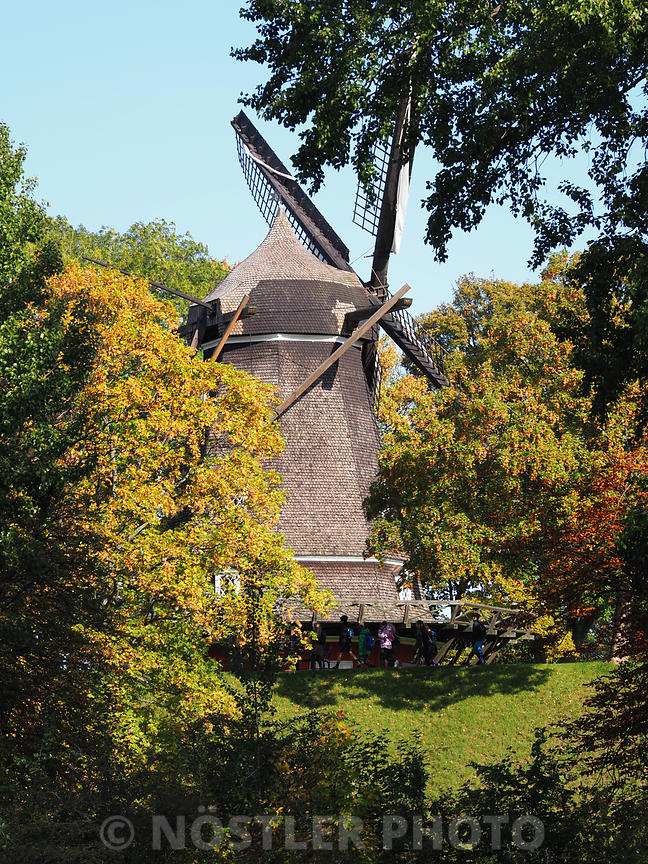 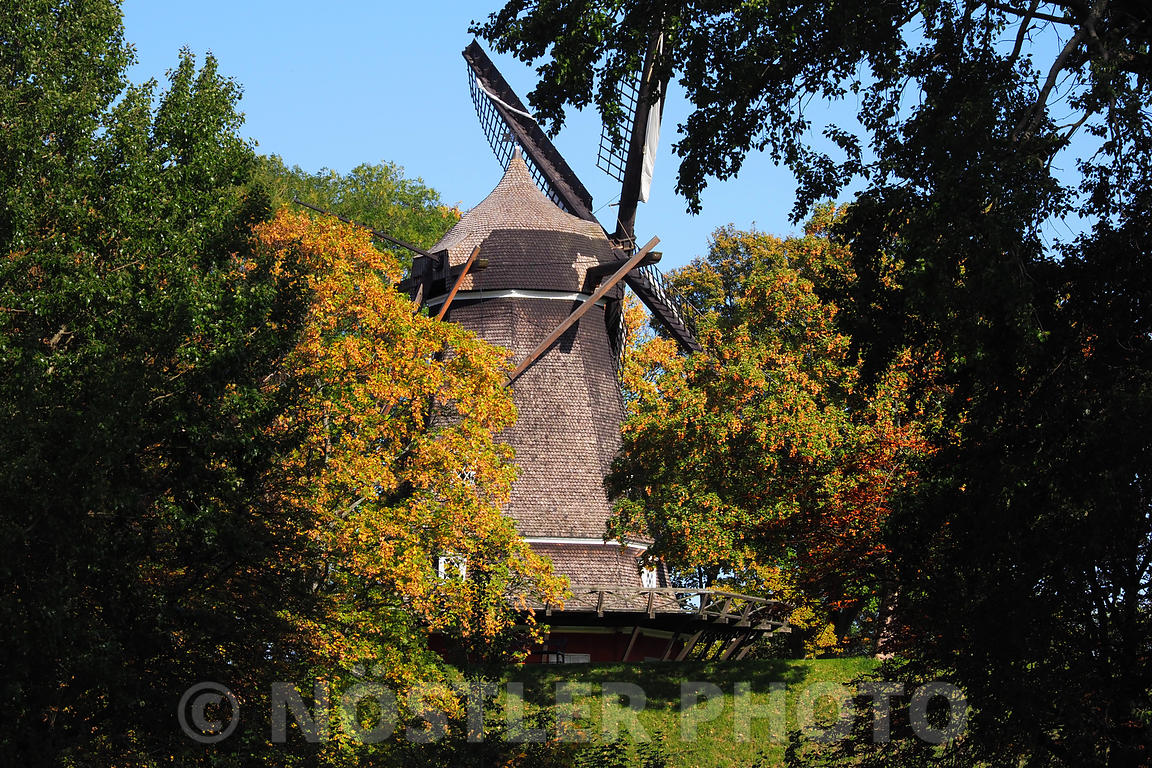 The Mill on King's Bastion

On the King's Bastion, in the southwestern corner of Kastellet, stands a windmill. Built in 1847, it replaced another mill from 1718 which was destroyed by a storm the year before. The original mill was a post mill while the current mill is of the Dutch type.

Since a fortified city needed secure supplies, including supplies of flour and rolled groats, in the event of siege, numerous windmills were constructed on the bastions. In 1800, a total of 16 windmills were found on the ramparts of Copenhagen. The mill at Kastellet is the last which is still working, while another one, Lille Mølle at the Christianshavn Rampart, was transformed into a private home in 1915 and now survives as a historic house museum. 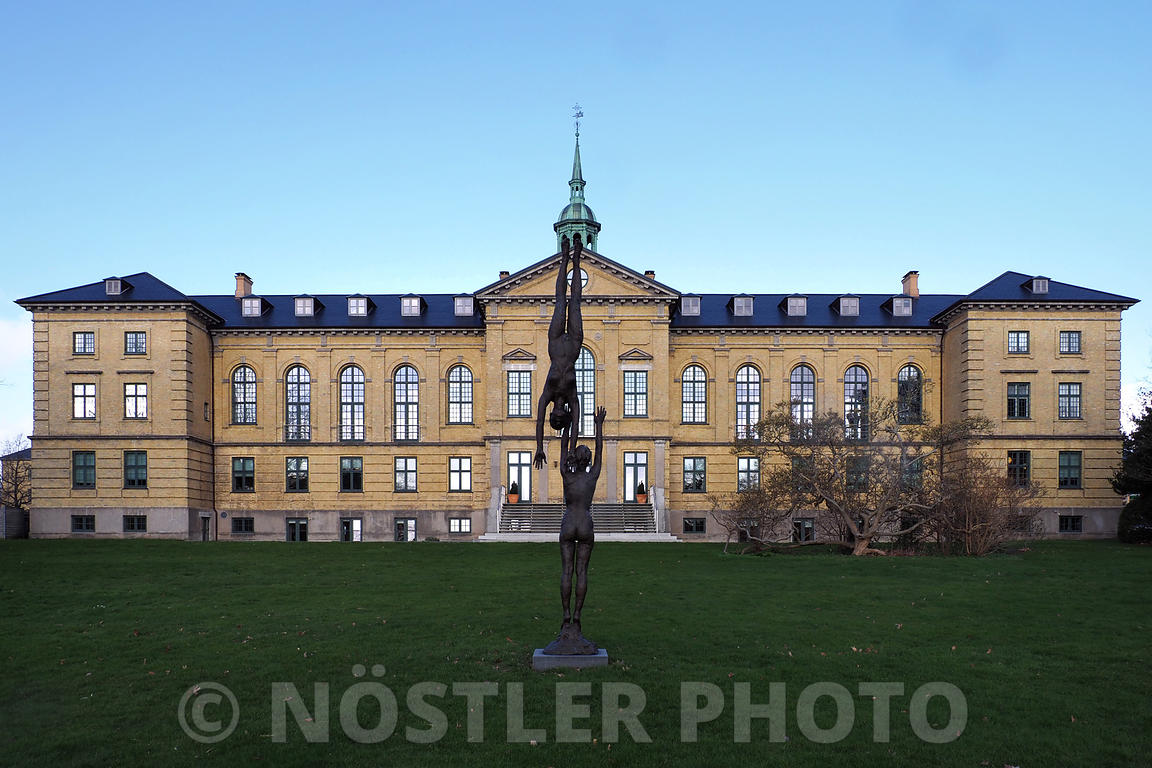