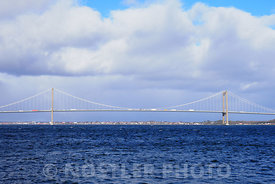 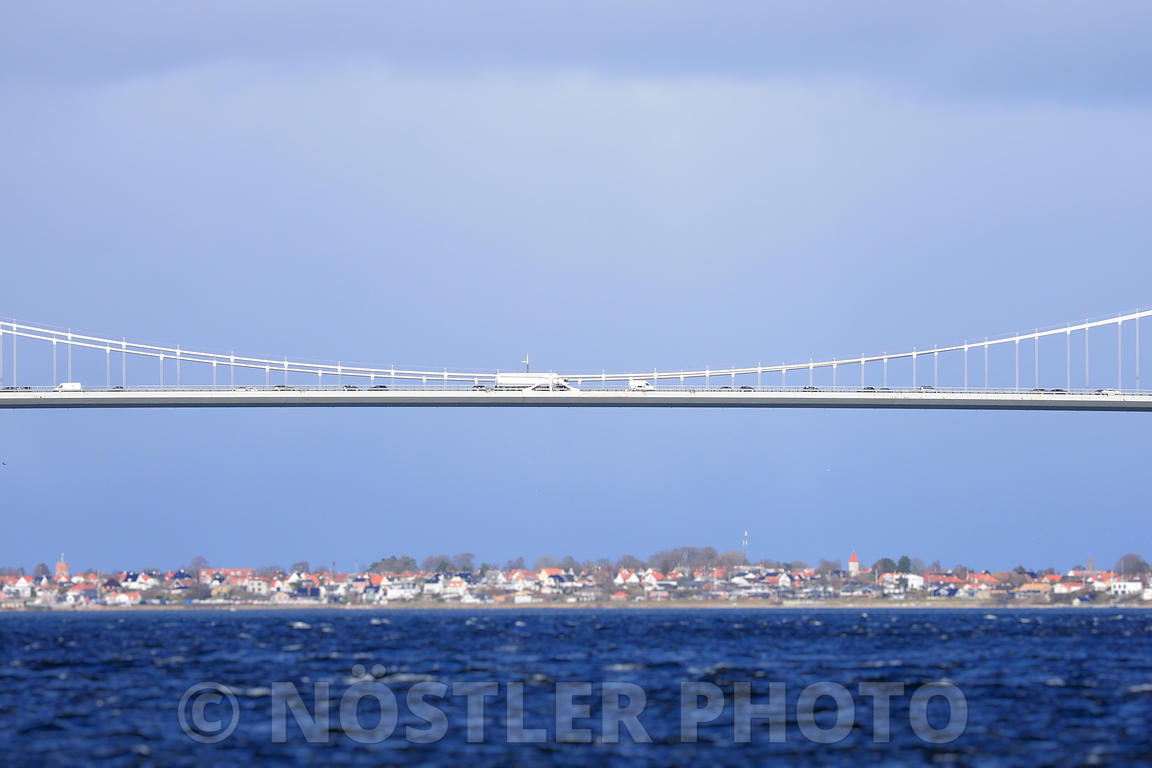 The New Little Belt Bridge is a suspension bridge that crosses the Little Belt strait between Jutland (Jylland) and the island of Funen (Fyn) in Denmark. The bridge is 1700 metres long, the main span is 600 metres, the pylons reaching a height of 120 metres, and the maximum clearance from the sea is 44 metres. 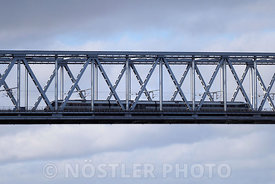