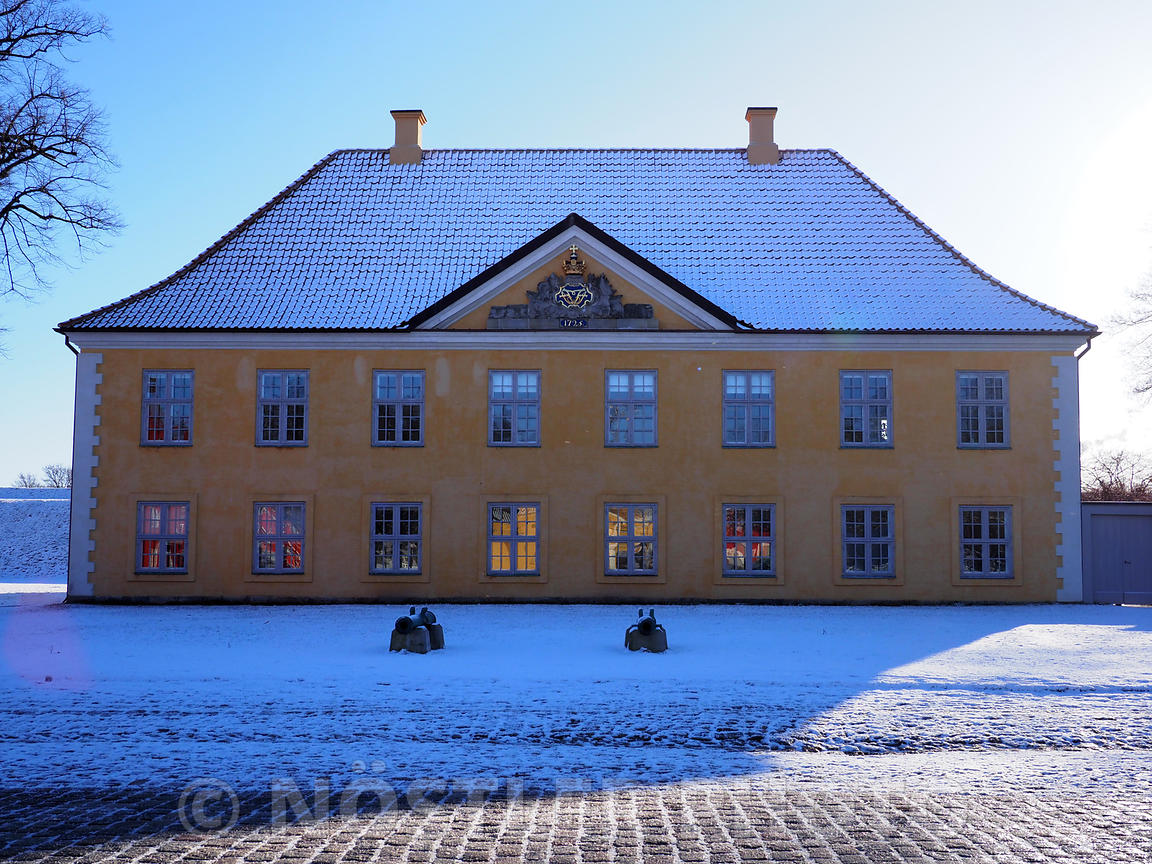 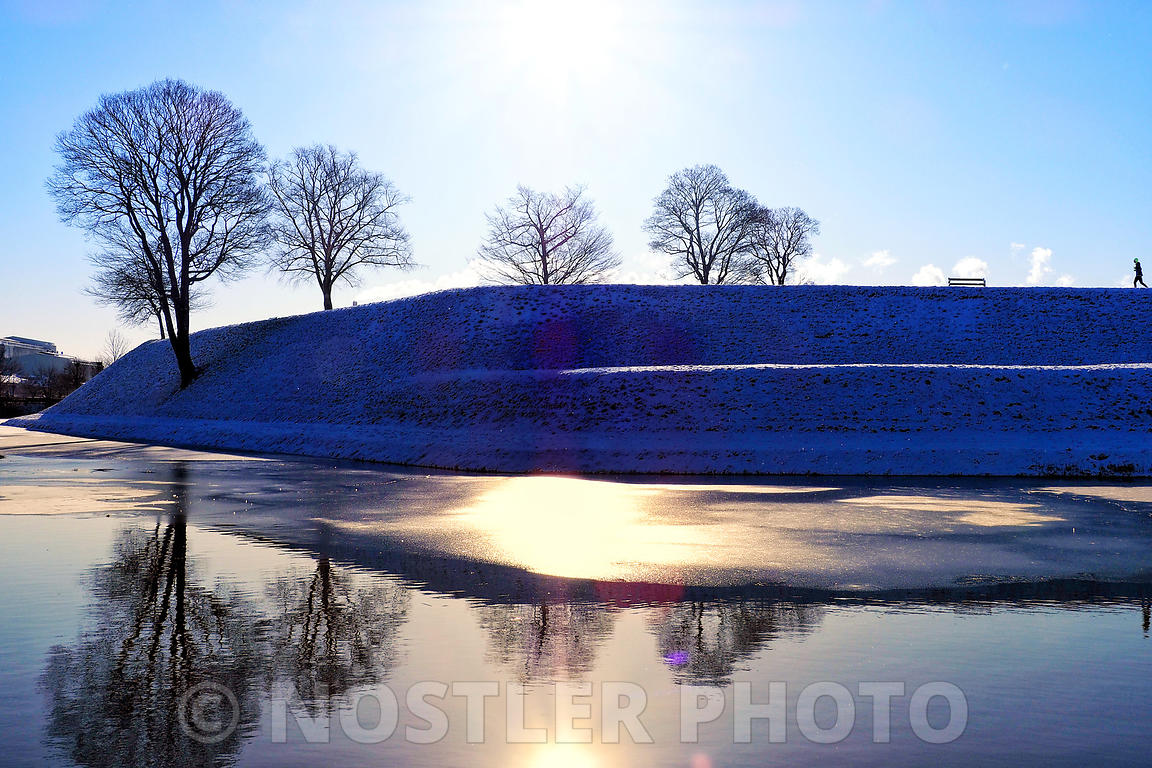 Kastellet, located in Copenhagen, Denmark is one of the best preserved star fortresses in Northern Europe. It is constructed in the form of a pentagram with bastions at its corners. Kastellet was continuous with the ring of bastioned ramparts which used to encircle Copenhagen but of which only the ramparts of Christianshavn remain today.

The Rows are six two-storey terraces which were originally built by Henrik Ruise as barracks for the soldiers based at the Citadel. The dorms measured four by four metres and contained two triple beds, a small table and two benches. Over time they became known under individual names: General Stock where the commanders resided until the Commander's House was built, Artillery Stock for the artillerists, and Star Stock, Elephant Stock, Swan Stock and Fortuna Stock. The Mansard roofs are not part of the original design but date from 1768 when the rows were altered. The original roof profile is today only seen at the end of Artillery Row as seen from the Prince's Bastion.
Kastellet, Copenhagen, Denmark
Author: René Nöstler
© 2018 - Nöstler Photo
File state: Final
Photo size: 16.4 Mpixels (46.9 MB uncompressed) - 4957x3304 pixels (16.5x11.0 in / 42.0x28.0 cm at 300 ppi)
Photo keywords: blue sky, blå himmel, historical, lake, landmark, mill, mølle, park, solopgang, sunshine, sø, tree, trees, træ, træer, vinter, voldgrav moat, winter 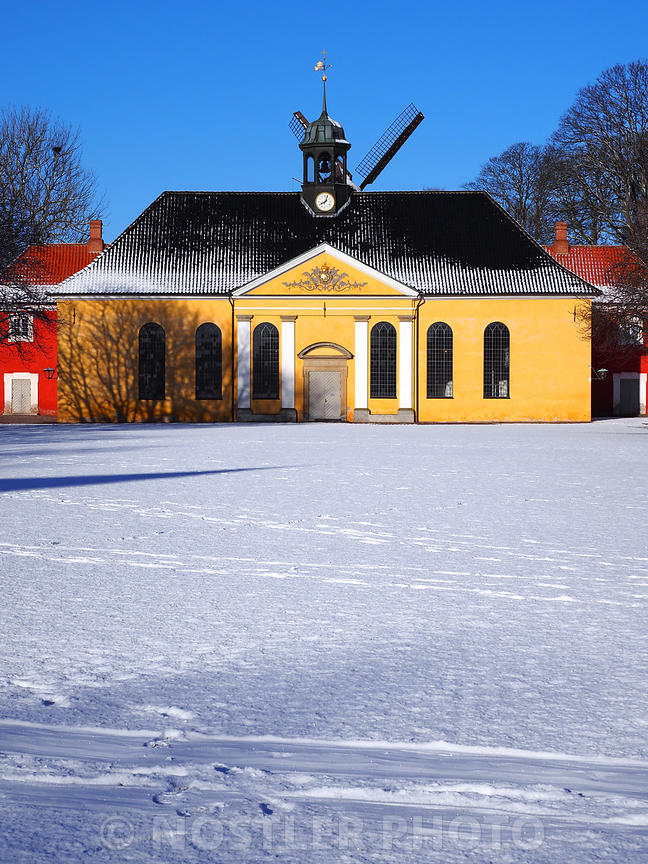