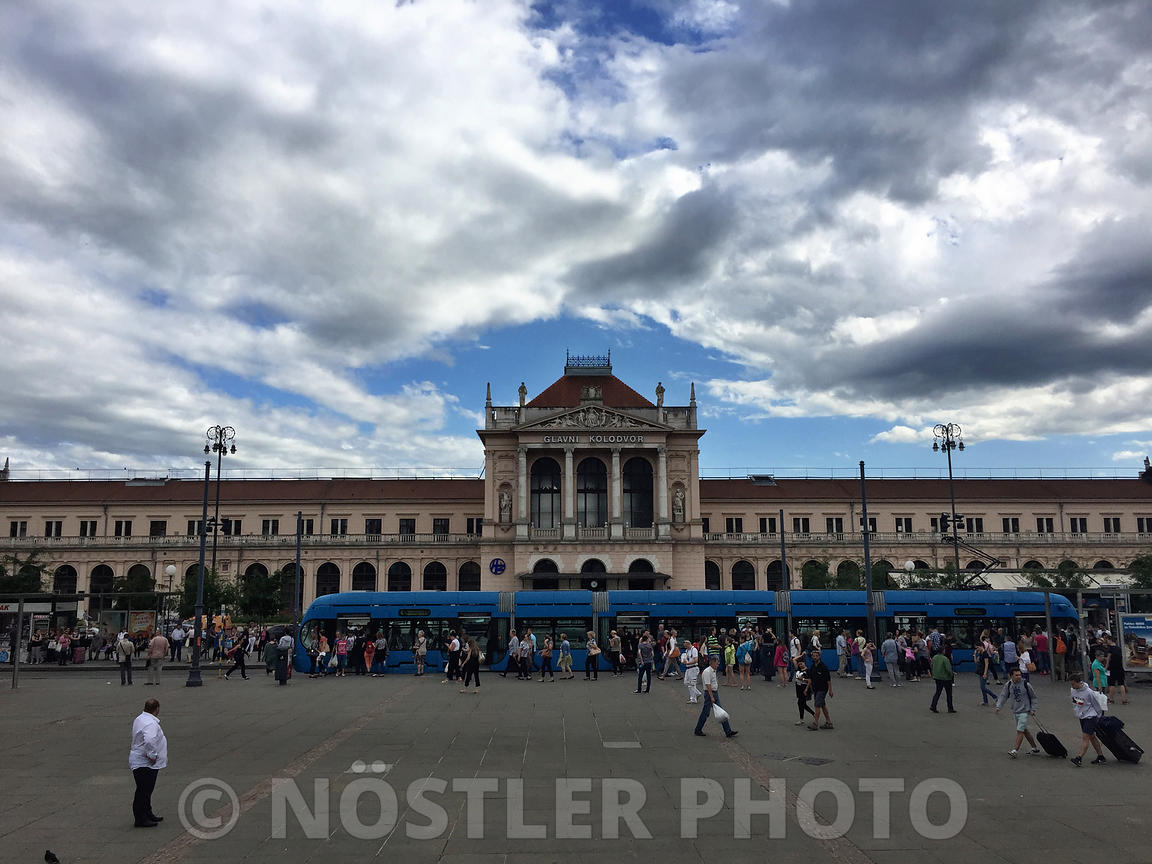 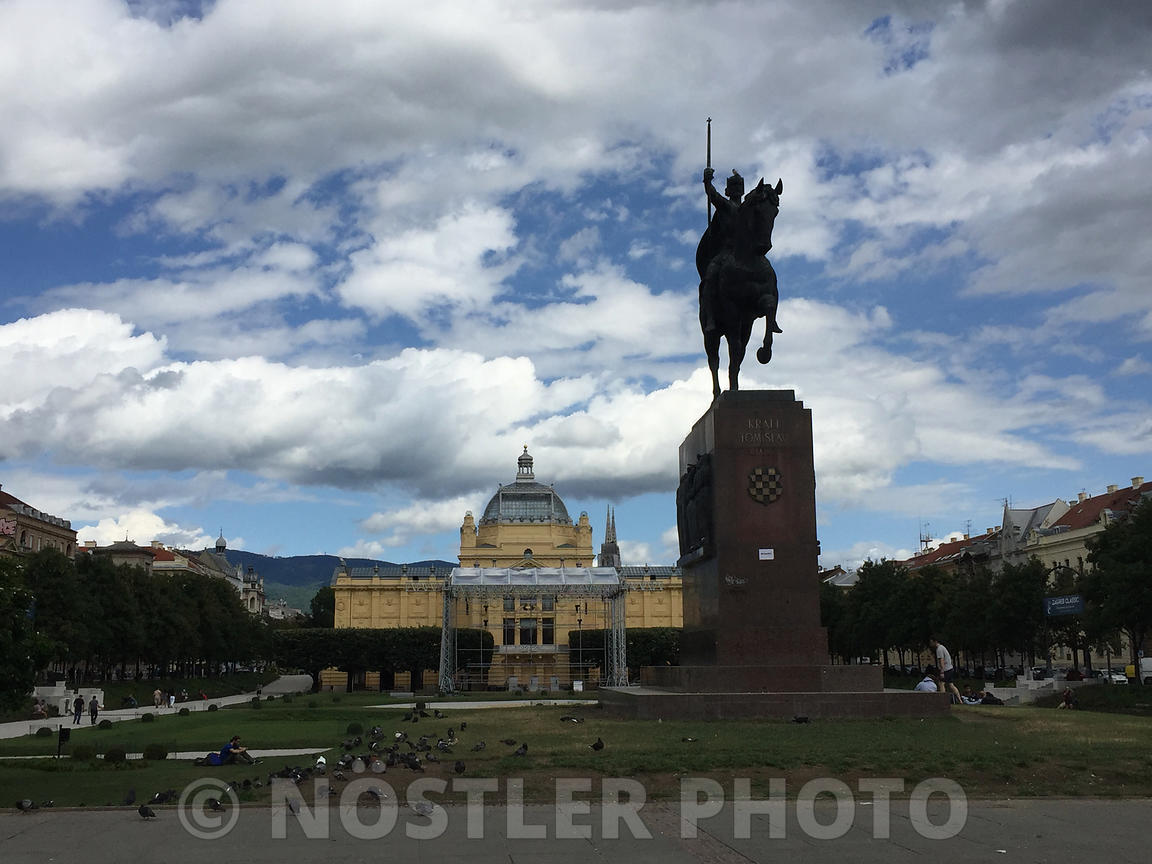 Established in 1898, it is the oldest gallery in the Southeast Europe and the only purpose-built gallery in Zagreb designed specifically to accommodate large scale exhibitions.

The idea of creating the gallery was first put forward by Croatian painter Vlaho Bukovac in the spring of 1895. In May 1896 a Millennium Exhibition was to be held in Budapest, celebrating 1,000 years of Hungarian statehood, and artists from what was then Kingdom of Croatia-Slavonia were invited to attend. Urged by Bukovac, Croatian artists decided to present their works in a purpose-built Pavilion, constructed around a prefabricated iron skeleton so that it could easily be shipped to Zagreb after the exhibition. The Budapest Pavilion was designed by Hungarian architects Flóris Korb and Kálmán Giergl and was constructed by the Danubius building company.

After the exhibition had ended, the building's skeleton was transported to Zagreb and Austrian architects Fellner & Helmer (who were at the time active in Zagreb, and had earlier designed the Croatian National Theatre building) were hired to design a new version of the building based on the iron skeleton, while the Hönigsberg & Deutsch building company was contracted to perform the actual construction.
The construction went on for two years between 1897 and 1898 and the Pavilion was officially inaugurated on 15 December 1898 with a large exhibition showcasing works of local artists called Croatian Salon.
Trg Kralja Tomislava , Zagreb, Croatia
Author: René Nöstler
© 2016 - Nöstler Photo
File state: Final
Photo size: 8.0 Mpixels (22.9 MB uncompressed) - 3264x2448 pixels (10.8x8.1 in / 27.6x20.7 cm at 300 ppi)
Photo keywords: architecture, art gallery, art pavillion, galleri, gallery, historical, square 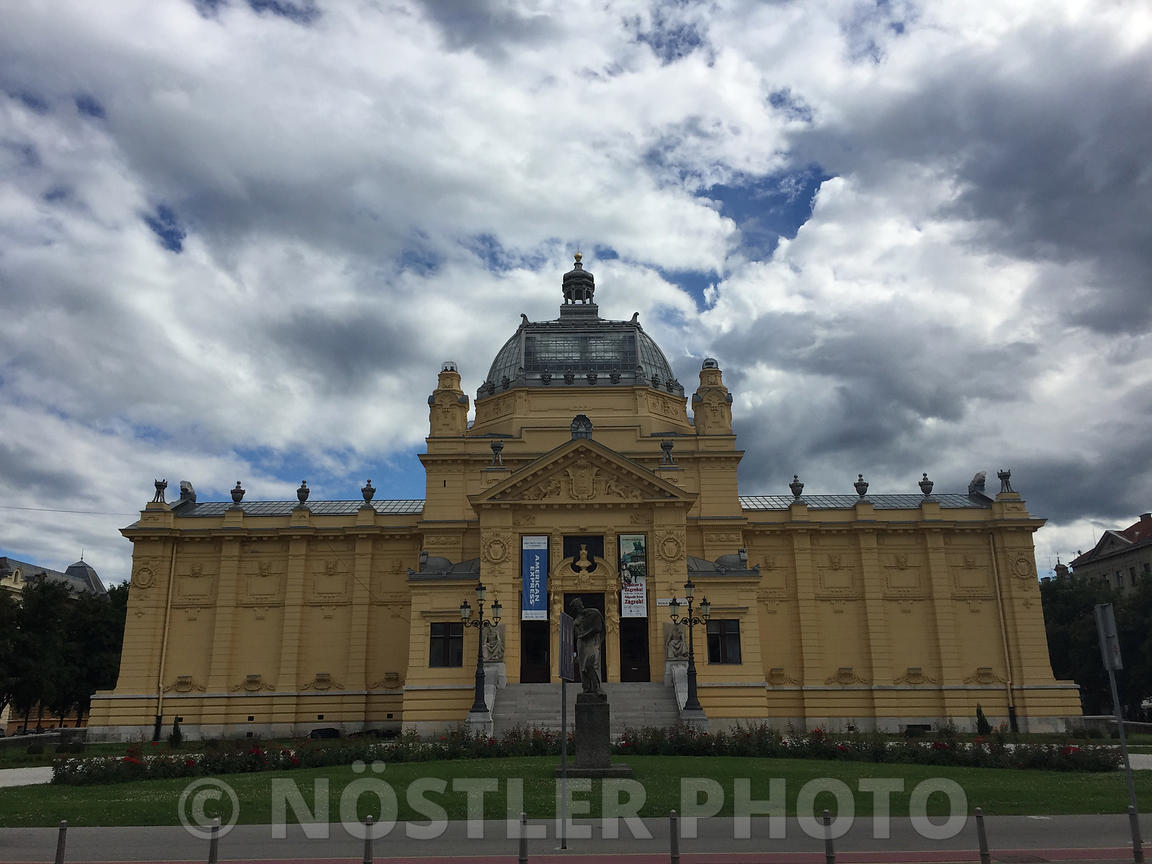