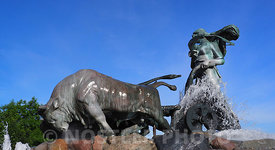 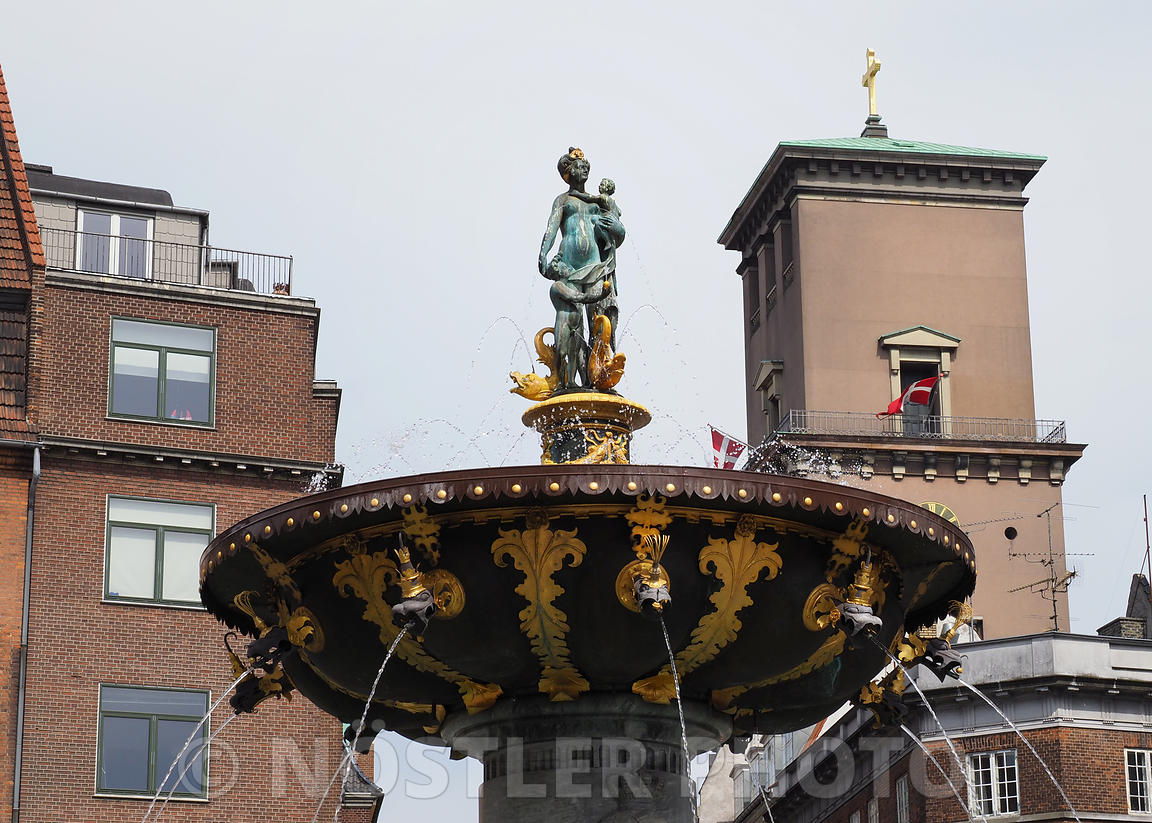 The Caritas Well, also known as the Caritas Fountain, is the oldest fountain in Copenhagen, Denmark. It was built in 1608 by Christian IV and is located on Gammeltorv.

The figure group is originally carved in wood by the German wood carver Statius Otto in Elsinore for casts afterwards to be made in bronze. The figures depict the greatest of the three theological virtues, love or charity (caritas in Latin), symbolised by a pregnant mother with her children. The figures stand on a column in a copper basin. The copper basin is raised above a lower basin on a stone pillar. The female figure sprays water from her breasts while the little boy "pees" into the basin. From 1857 to 1940, these holes were sealed, out of deference to the sensibilities of the time
Gammeltorv, Copenhagen, Denmark
Author: René Nöstler
© 2017 - Nöstler Photo
File state: Final
Photo size: 15.1 Mpixels (43.3 MB uncompressed) - 4602x3288 pixels (15.3x10.9 in / 39.0x27.8 cm at 300 ppi)
Photo keywords: 1608, brønd, Caritas Fountain, Caritas Well, Caritasbrønden, Caritasspringvandet, Christian IV , Gammeltorv, oldest fountain, springvand, well 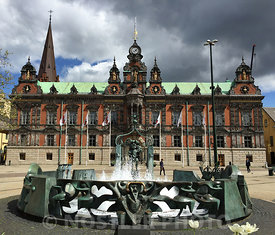