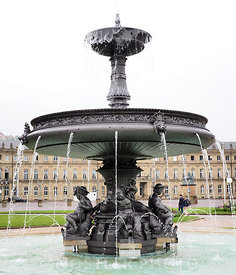 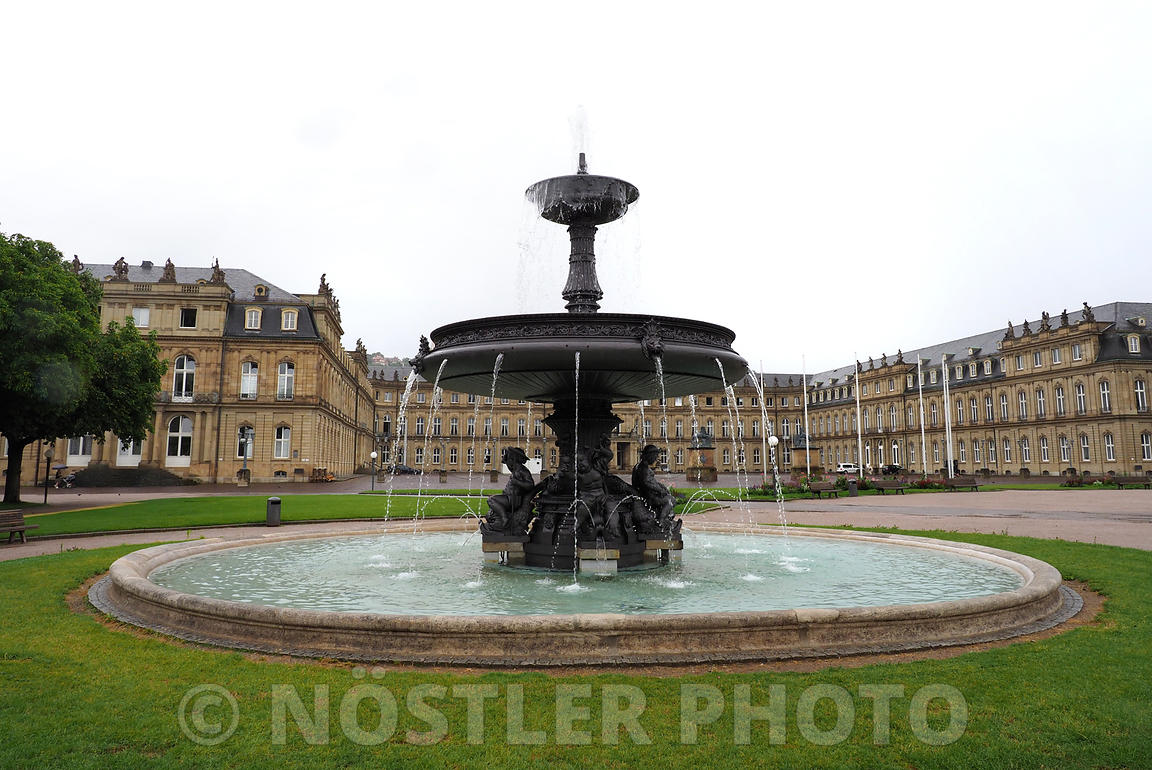 The fountain at Schlossplatz

Schlossplatz is the largest square in Stuttgart Mitte and home to the Neues Schloss which was built between 1746 and 1807. From its construction until the mid-1800s it was used as a military parade ground and not open to general public use. It stands next to two other popular squares in Stuttgart: Karlsplatz to the south and Schillerplatz to the south west. The Königstraße (King Street) bisects the plaza from north to south.

The Neues Schloss Palace and grounds have been public property since 1918.

Along with much of Stuttgart Mitte, Neues Schloss was heavily damaged during the Allied Bombing of World War II and the building was restored from 1958-1964 with a modernized interior that houses the ministries of Culture and the Treasury for the government of Baden-Württemberg.
Schlossplatz, Stuttgart, Baden-Württemberg, Germany
Author: René Nöstler
© 2017 - Nöstler Photo
File state: Final
Photo size: 17.3 Mpixels (49.5 MB uncompressed) - 5086x3400 pixels (16.9x11.3 in / 43.1x28.8 cm at 300 ppi)
Photo keywords: baden-württemberg, column, fountain, grass, platz, Schlossplatz, springvand, square, stuttgart 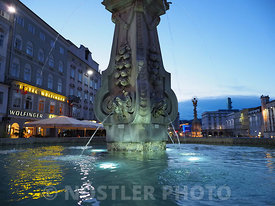