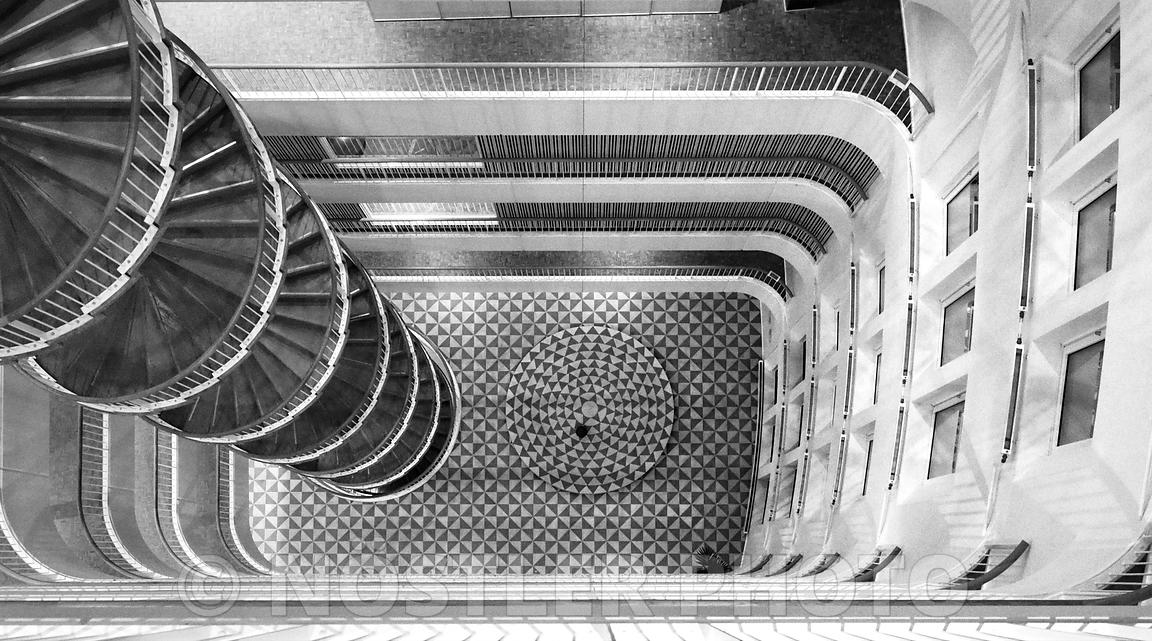 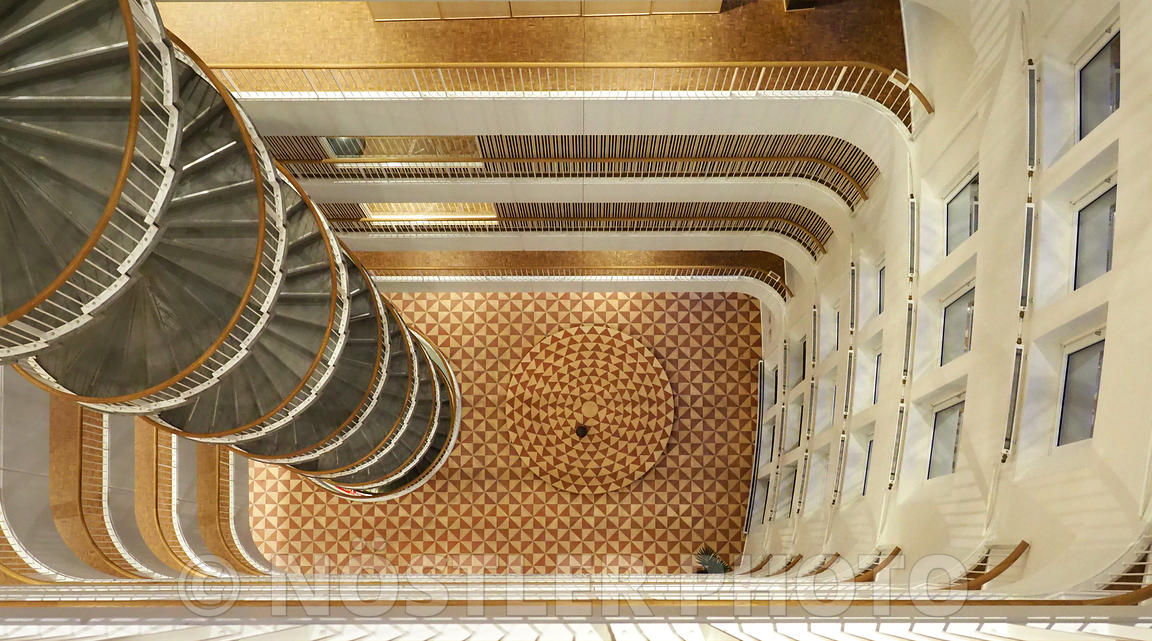 Coco Pendulum hangs in the atrium. It is a genuine Foucault pendulum: the plane of the pendulum’s swing demonstrates the rotation of Earth. The pendulum itself is an oversized coconut. The coconut is made for movement and travel: it hangs suspended from its palm tree as it grows, and when it ripens it falls to the ground with a loud thud. Travelling by sea, coconuts have spread throughout all tropical regions on our planet. These things make the coconut ideally suited as a pendulum: its eagerness to move and travel, and its somewhat forceful relationship with gravity.
Coco Pendulum incorporates an electromechanical drive to compensate for the wind resistance that would otherwise cause it to stop. The pendulum has a long history as an instrument of measurement: In the first century CE Zhang Heng used it as a seis- mometer, and in the seventeenth century Galileo Galilei used it to calculate time. In 1851 Léon Foucault used the pendulum to measure Earth’s rotation. In fact, the pen- dulum not only measures the rotation of the Earth; in principle it can measure Earth’s rotation around the Sun and our solar system’s rotation in the Milky Way. In this way, Coco Pendulum can be said to be inscribing the traffic control centre into the movements of the universe.
Trafiktårnet Øst, Copenhagen, Vesterbro, Denmark
Author: René Nöstler
© 2017 - Nöstler Photo
File state: Final
Photo size: 14.9 Mpixels (42.7 MB uncompressed) - 5184x2882 pixels (17.2x9.6 in / 43.9x24.4 cm at 300 ppi)
Photo keywords: africa control , architecture, arkitektur, art, atrium , banedanmark, circle, coco pendulum, control tower, floor, foucault, foucault pendulum, gulv, handmade , henrik plenge jakobsen, kontroltårn, kunst, københavn, pattern, pendul, pendulum , spiral stair case, stairs, traffic tower east, trafiktårn, trafiktårn øst, trafiktårnet øst, tranberg architecture, trapper, vesterbro, vindeltrappe 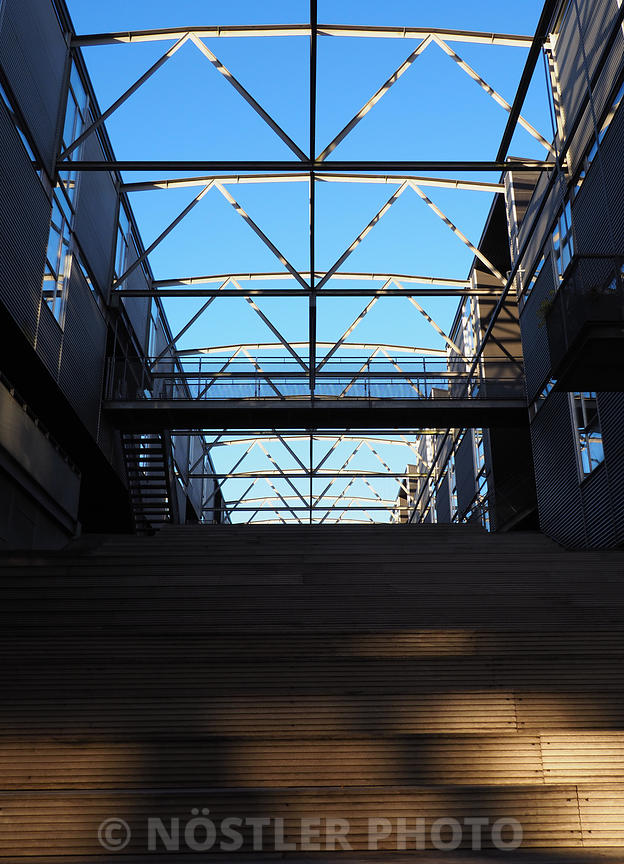