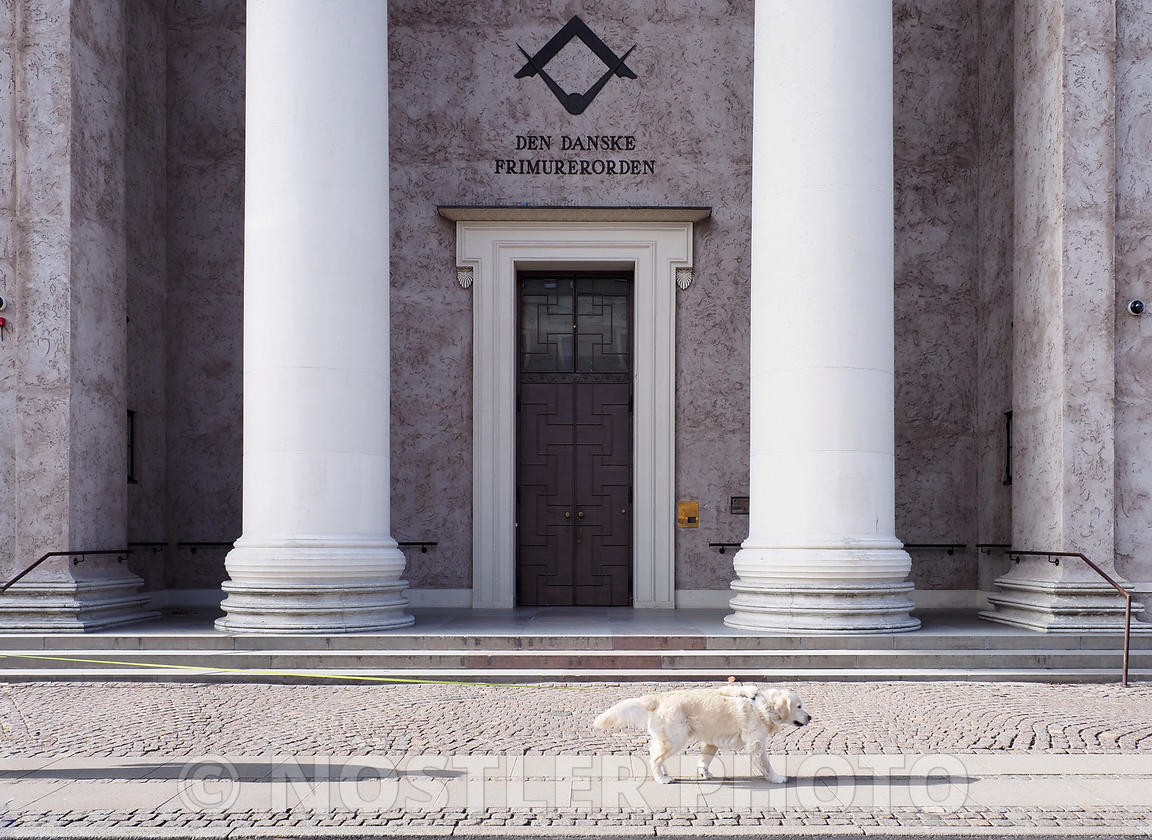 The Danish Order of Freemason's Hall was built from 1923 to 1927. The cornerstone was laid on 3 June 1924 by Danish King Christian X, who was himself a freemason.

Built to a rather austre Neoclassical design, the Freemason's Hall is a large grey block. The front toward "Blegdamsvej" is dominated by an over-dimensioned entrance section flanked by two monumental Ionian columns, which are 16 metres tall and weigh 72 tons each. The building is typical of its time. Reacting to an excess of detail in Historicism, Neoclassicism had made a comeback in Danish architecture in about 1915 and lasted until the mid-1930s. Another example of the style is Hack Kampmann's Copenhagen Police Headquarters from 1924. 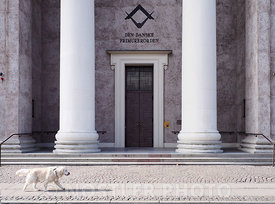